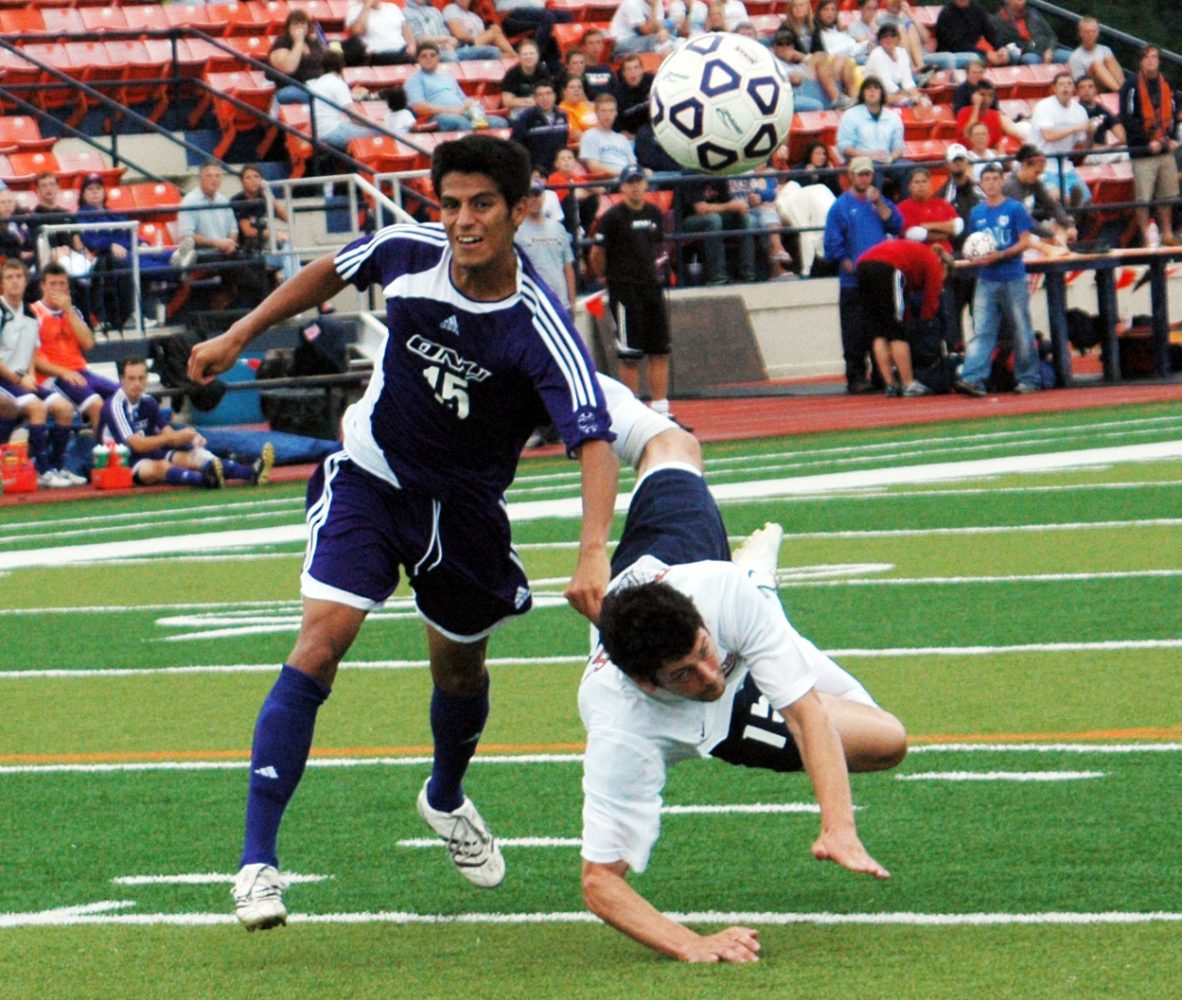 A physical soccer game ended in a scoreless tie after two overtimes could not determine a winner in the men’s soccer game Saturday.

The No. 12-ranked Baker men’s soccer team tied the No. 17-ranked Olivet Nazarene University Tigers 0-0 in the Wildcats’ second game of the Pioneer Invitational hosted by MidAmerica Nazarene University on Saturday at Liston Stadium. Baker’s record is now 3-1-1.

Twelve yellow cards were given out during the game. The first yellow card was given to junior Luke Haidarovic seven minutes into the game. Haidarovic then received his second yellow card three minutes later, resulting in a red card. Baker had to play the rest of the game without Haidarovic, who also cannot play in the game against Azusa Pacific University Friday.

Olivet Nazarene’s sophomore Billy Jackson also was given two yellow cards and had to leave the game in the 86th minute.

“You have to quit worrying about what (the referee is) going to call and worry about your game,” senior Jon Baldwin said.

The ‘Cats had several opportunities to score, including a shot by senior Micah Nelson that went too high over the crossbar two minutes into the second half. Senior Gerard Grehan missed a header wide left in the 37th minute and a throw-in by freshman Steven Stewart was headed and missed by sophomore Matt Griffin with 20 minutes left in regulation.

While the team has scored four goals this season, it has not scored since the game against Bethel College on Sept. 6.

“You can play a perfect soccer game, but if you can’t finish, you’re not going to win,” senior Aaron Williams said.

Baker took advantage of its depth to keep players’ legs fresh while playing a man down and in two overtimes.

“You are not going to be a good team and be an 11-man team,” Baldwin said. “You have to have depth.”

Baker travels to California to play Azusa Pacific University, who is receiving Top 25 votes, at 7 p.m. on Friday at Laguna Beach High School in Laguna Beach, Calif. Azusa won the NAIA Men’s Soccer National Championship last year. This will be the third straight nationally ranked opponent the Wildcats have faced.