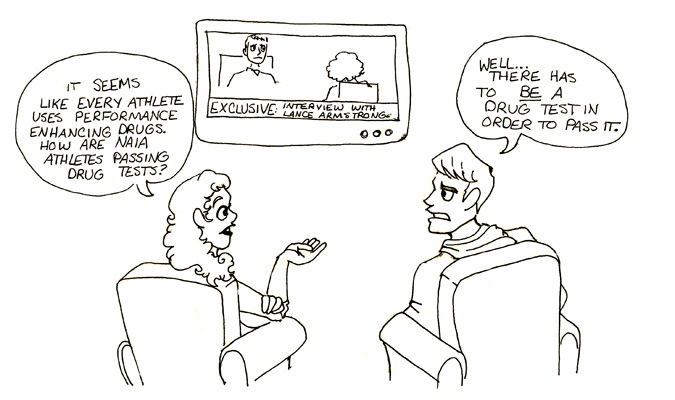 September 2 marked the last time the Wildcat Wire would appear in our inboxes, but for some students, this means we might actually have to rely on something other than a computer screen to figure out when we need to be somewhere.

It was only a few years ago when all professors could freely send messages to the entire campus, and although students were well aware of BU events, this system was not well-received. It was for this reason the Wildcat Wire was created.

The automated mailing system was developed to prevent students and faculty from opening their Baker email accounts and finding it full of messages promoting events they had little interest in.

This process meant sorting through countless messages in hopes of finding one that was relevant to one’s own Baker life. It also led to many, many clicks of the delete button.

With the elimination of the Wildcat Wire, only certain members of the university staff are now allowed to send out emails relating to certain departmental or organizational events. This new system places the responsibility of communicating to students in the hands of select members of each department so that they can promote and represent themselves.

The new system was designed to allow professors to connect to students in a way they couldn’t previously. By receiving emails from the representative of the department or organization from which the email is being sent, students see messages with specific content that will hopefully be less likely to be ignored than the Wildcat Wire.

Previously, there was a deadline to get information into the Wildcat Wire, and since it was an automated system, some information would be pushed to the bottom as new information came in. However, sometimes the old events and information remained on the email even after the date had passed. The Wildcat Wire did manage to organize the information and created less of a headache for students who wanted to know what was going on without reading through email after email.

Members of the university have always and will probably continue to struggle with finding ways to avoid overwhelming students with useless and irrelevant information, while still managing to get across the information that the student body needs to know. How else would we find out when organizations are meeting or what the possible choices are for Interterm?

These issues stem not only from our reliance on email communication, but from our own inability to figure out where we can place information that will spread knowledge in a way that doesn’t become a frustration. From posters to informational tables, there are countless other ways to get the word out.

When students wake up on a Monday morning, the last thing they want to find in their inboxes is 20 unread messages. But face it — we are in the age of information. It is important that we step outside of the digital box that seems to surround us today and find more effective ways to communicate. Communication is one of the most important skills a college student should acquire, and the elimination of the Wildcat Wire is the perfect opportunity for us to take advantage of the chance to spread the word in other ways besides through a message on a screen.

Although the student body didn’t have a chance to voice many opinions in the decision to take away the Wildcat Wire, and most of the campus wasn’t here when emails were streaming in, the university is doing us a favor by letting us use our own knowledge and resources to figure out who, what, when, where, and why.