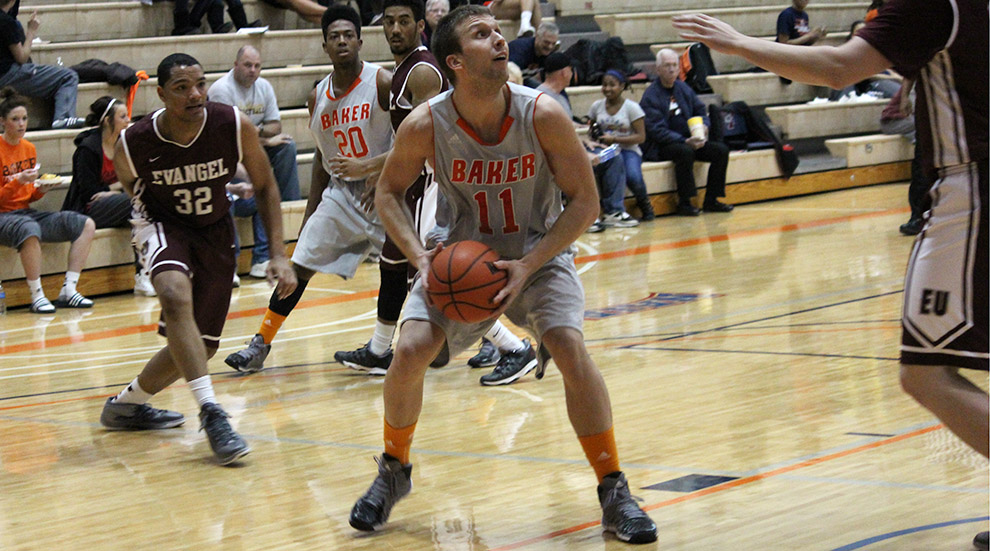 Despite outscoring Evangel University in the second half, the Baker University men’s basketball team was unable to clinch an upset over the No. 5 team in the NAIA on Saturday in Collins Center.

A 22-point effort from Evangel’s Zack Kleine powered the Crusaders to the 75-69 road win, keeping EU perfect in the Heart of America Athletic Conference.

Baker made eight 3-pointers during the conference matchup, but was outrebounded 43-37. With its fourth consecutive loss, BU fell to 2-5 in HAAC play and 8-10 overall. The Wildcats are tied with their next opponent, Peru State College, for eighth place in the conference standings.