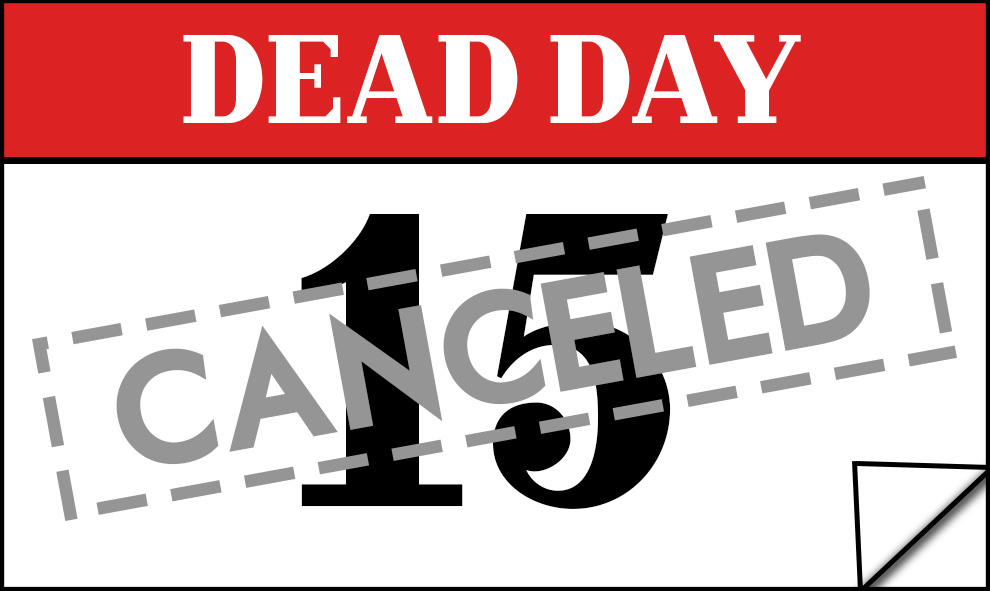 Next year’s calendar has killed dead day for the 2014-15 academic year. With the required amount of school days, holidays, interterm and breaks causing conflicts, Baker students will only have a weekend to prepare for finals.

Baker University has traditionally given students time to prepare for finals without the added stress of classes. The day given for preparation usually falls on a Wednesday or Thursday, with finals beginning immediately after dead day.

For the fall 2014 semester however, in order to give students a full week back at school after Thanksgiving, classes will stretch through Friday, Dec. 5, with final exams starting on Monday, Dec. 8.

Spring finals will also mirror the fall calendar in that there will be a dead weekend, with the last day of classes on Friday, May 8, and final exams beginning on Monday, May 11.

As a result of shortening the number of days dedicated to finals, the first finals day will have three finals scheduled opposed to the usual two.

Reflecting on the reason for the new change, University Registrar Ruth Miller said, “I think it will actually benefit students. It gives them a few extra days to prepare for finals in class since finals will begin on Monday and not Friday.”

Miller believes in the idea of dead day and giving students the opportunity to prepare for their finals week. She believes that a dead weekend, rather than just a day, will be more beneficial for students.

Sophomore Amanda Conrade does not feel as optimistic about losing dead day.

“It’s a good day to get ready for finals and prepare for what’s coming,” Conrade said. “It’s really relaxing because you can sit down and relax for one day in the semester.”

“I’m not exactly sure what to expect,” Conrade said. “I know that there’s going to be the weekend, but at the same time there’s not that day on campus where professors are available and you can get in contact with them.”

Junior MacKenzie Sammons believes dead day to be a day of rest for students, much needed before the start of finals. Sammons outlook on the changed schedule is similar to Conrade’s, as well as much of the Baldwin City campus.

“Next year’s going to be stressful,” Sammons said. “It’ll be insane not having a day on campus to get everything ready for the week everyone’s been preparing for all (semester).”

Miller said that although the 2014-2015 calendar is missing a dead day, it might make an appearance in years to come.