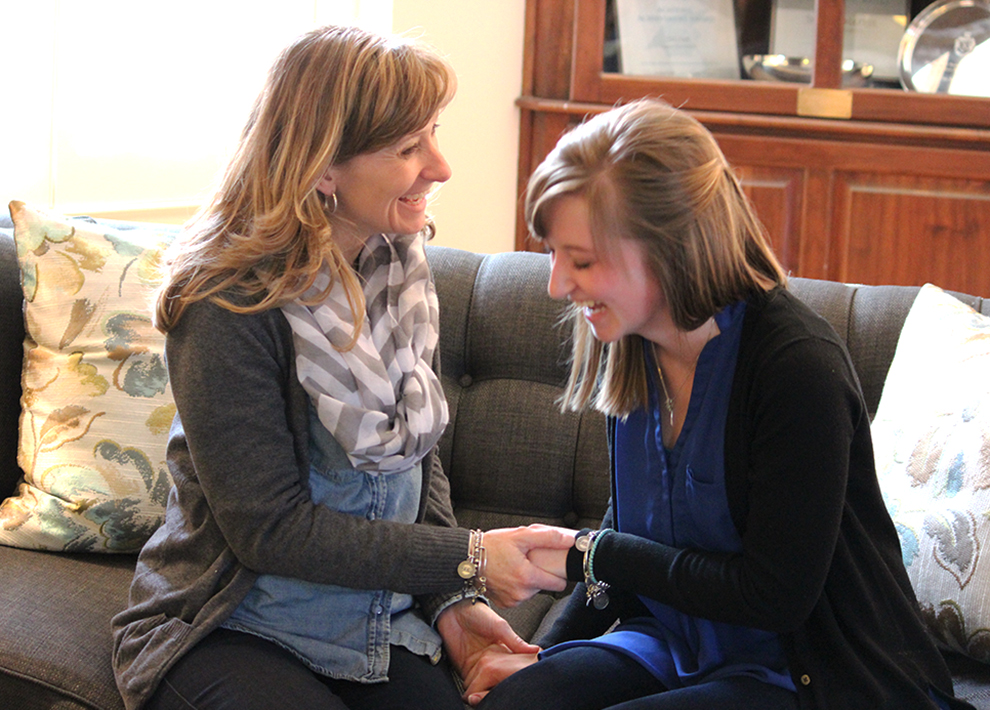 Senior Rachel Haley knew that she wanted to be a part of the Greek system when she chose Baker University. But the next decision proved to be harder: Would she continue her family legacy by becoming a member of Alpha Chi Omega sorority?

Haley, whose two aunts, grandmother and great aunt all were a part of the Omicron chapter at Baker during their respective college years, was always encouraged to go Greek and find a chapter. And although continuing her family legacy was always in the back of her mind during the bidding process, Haley said she was never pressured to join.

“My family just wanted me to find the Greek system to be a place that I could connect with and grow more as an individual,” she said.

Many students pursue becoming a legacy member of a sorority or fraternity. At Baker, there are many of these so-called legacies on campus. Each house on the campus, in fact, has at least one active member who is a legacy.

Haley, like many other Greek legacies, wanted to continue the experience that her relatives had during their time at Baker.

Similar to Haley, cousins Ryenn (sophomore) and Cooper (freshman) Johns also knew that they would quickly become involved in the Greek system. Because of their family ties to Zeta Tau Alpha, Delta Tau Delta and even Alpha Chi Omega, it was apparent even in high school that coming to Baker, a school that over the years had housed six of their relatives, ultimately meant joining a Greek house as well.

Though they considered their family ties as valid reasons to join their respective sorority and fraternity, the Johns cousins entered the recruitment process with open minds.

“(My mother) was not pressuring me,” Ryenn said. “I knew (my mother) cared, but I knew she would be happy if I was happy. The reason I chose Zeta Tau Alpha was because I was comfortable with the girls in the house, and I already felt that I had that connection there because of her.”

Cooper similarly found his interest in his fraternity through the recruitment process.

“(The Delta Tau Delta members) were a bunch of cool guys,” Cooper said. “I knew that they were guys that I could hang out with and get to know for the next four years.”

Having a son or daughter who is a legacy may have some negatives as well as positives, though.

“My mom struggles with knowing if she should be there more on the parent-side than the alumni-side,” Ryenn said.

The Johns cousins hope that their family legacy will continue even after their studies at Baker are over.

“We’re hoping that our other siblings come to Baker and continue the legacy,” Ryenn said.