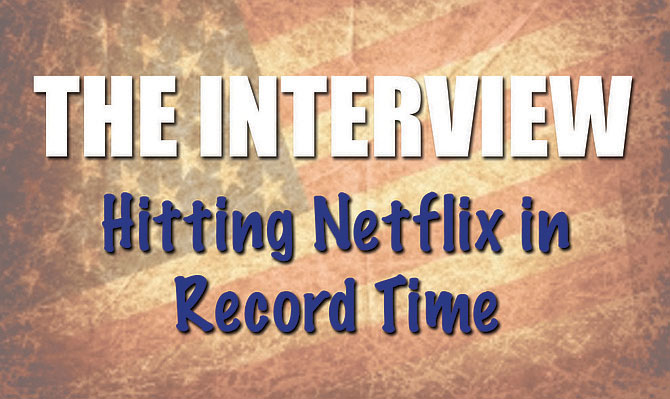 Rarely do producers decide to postpone the release of a box office film, but the threat of terrorist attacks delayed the planned release of Columbia Pictures’ The Interview.

Starting in June 2014, threats from the North Korean government ended up initially delaying the film’s release from Oct. 10 to Dec. 25. While a few final touches were being put into place in November, Sony Pictures Entertainment reported a computer systems hack by a group known as the “Guardians of Peace,” which was believed to be associated with North Korea. After more cancelled screenings, Sony announced on Dec. 23 that it would continue with the rescheduled release on Dec. 25.

Though ultimately limiting its releases to certain cinemas, Sony made it available to the masses through digital rentals the day before the film’s theatrical release. In fact, according to CNN.com, Sony Pictures ended up collecting $40 million through online rentals in addition to the $6 million in theaters.

Only a month after the rescheduled release of the film, Netflix notified its customers that the film was available for their enjoyment. For those that chose not to see the film in theaters or pay the $5.99 for the 48-hour online rental, now they were finally given the opportunity to do so in the safety and comfort of their own homes for free – well, assuming they had a Netflix subscription.

Ultimately, the release is a representation of two ideas that dominate our nation’s character: our freedom of speech and our enjoyment of comedies.

First of all, the film’s ultimate release accurately reflects the concept of our Constitution’s first Amendment. So often in our nation, the idea of freedom of speech arises. By choosing to release the film after the threats, Sony Pictures (eventually, and after some pressure) demonstrated that we as a nation will not back down to terroristic groups or warnings.

Secondly, I believe that this movie was simply just another Seth Rogen and James Franco film. It is a comedy – an American custom. Sure, the film portrays North Korea’s Supreme Leader Kim Jong-un unfavorably, but we Americans are drastically more focused on the comedic relief the film displays rather than the underlying message.