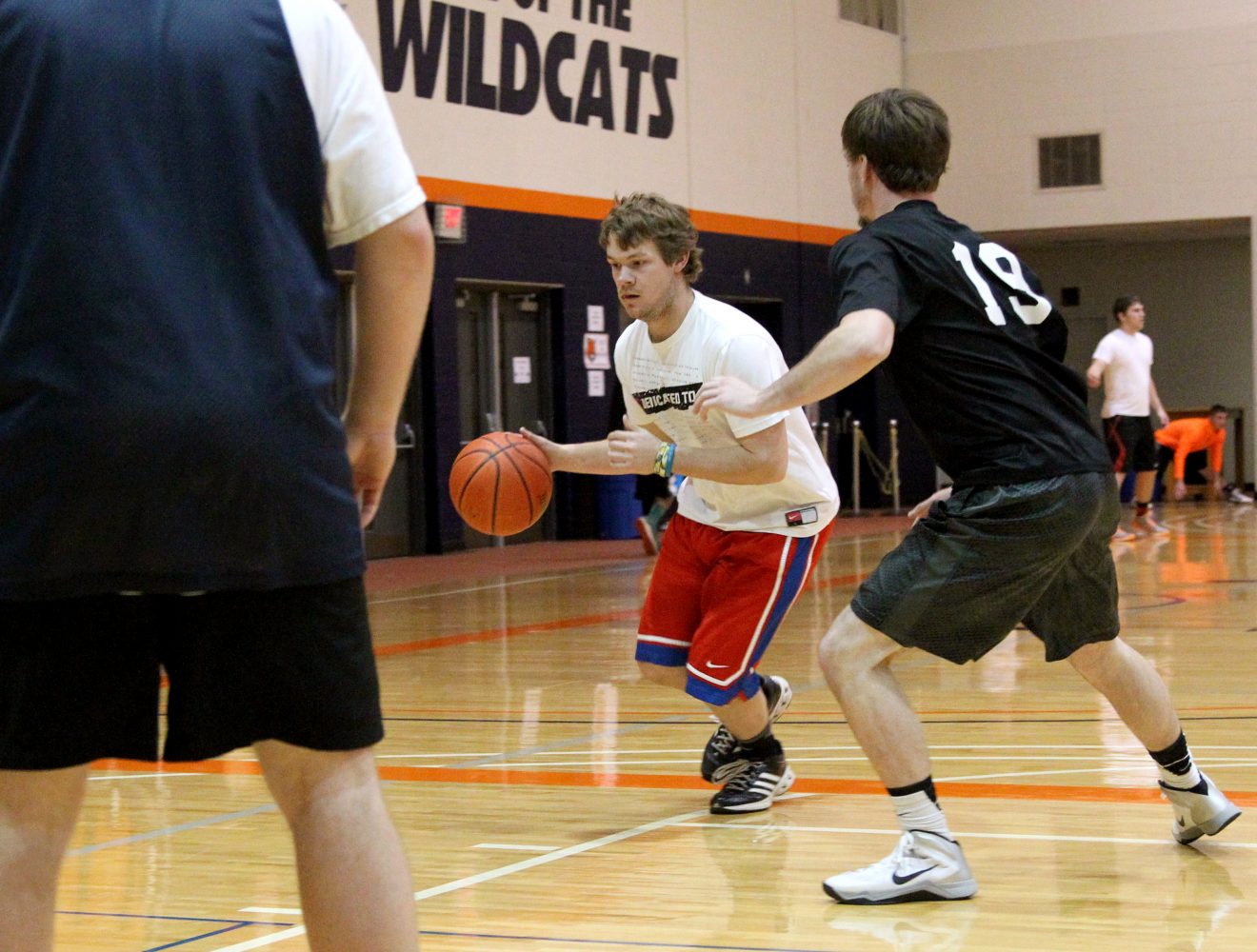 While most students spend Sunday evenings finishing up the weekend’s homework, a large portion of them also make their way to the Collins Center for some late-night basketball.

Currently, five-on-five intramural basketball games are being played throughout the month of February. The three-on-three basketball games took place over interterm and a team named “Penguins for Life” was crowned champions after a hard-fought month of games.

Neal Boyce, Seth Jones, Kelly Thompson, Zach Pickett and Jake Gesling were the players that made up the championship team.

“We had three losses during the season, but we went undefeated in the playoff tournament,” Boyce, a junior, said.

This marks the second straight year that Penguins for Life went home with the three-on-three title.

“I like Baker’s intramural program because there are some great athletes that participate,” Boyce said. “It is great competition but at the same time it’s not over-the-top competitive.”

Intramural competition can provide a way for students to break out of their social barriers and interact with students from different athletic and academic backgrounds.

“I like that fact that intramurals are really relaxed and not too big of a deal.” Jones, a junior, said. “It is something fun to do with your Sunday nights.”

Fortunately for other intramural athletes, Penguins for Life will not be participating in the upcoming five-on-five basketball tournament due to schedule conflicts. This leaves the door open for another team to become the new champions.

Despite the overall increase in participation in intramurals, female intramurals are still struggling to find participants.

“We get a lot of girls that participate in volleyball and soccer intramurals,” Intramural Coordinator Antonio Adgers said. “When it comes to basketball, we only get a few teams.”

Baker’s Intramural program is student-led. Adgers is currently in his second year of being coordinator.

“My job is to schedule all of the games and send emails out to the teams — and also organizing the referees while overseeing the games,” Adgers said.

In the past, the intramural coordinator position was a two-man job. This year, all of the responsibilities have been put on Adgers’ shoulders.

“I think the most difficult thing about this position is finding and holding referees,” Adgers said. “if intramurals had its own section with the work-study program, it would help the program because it is difficult to find and hold refs for the different sports.”

Despite the challenges Adgers is facing, participation in the intramural program continues to increase.

“I take pride in the fact that we have seen constant growth the past two years,” Adgers said.