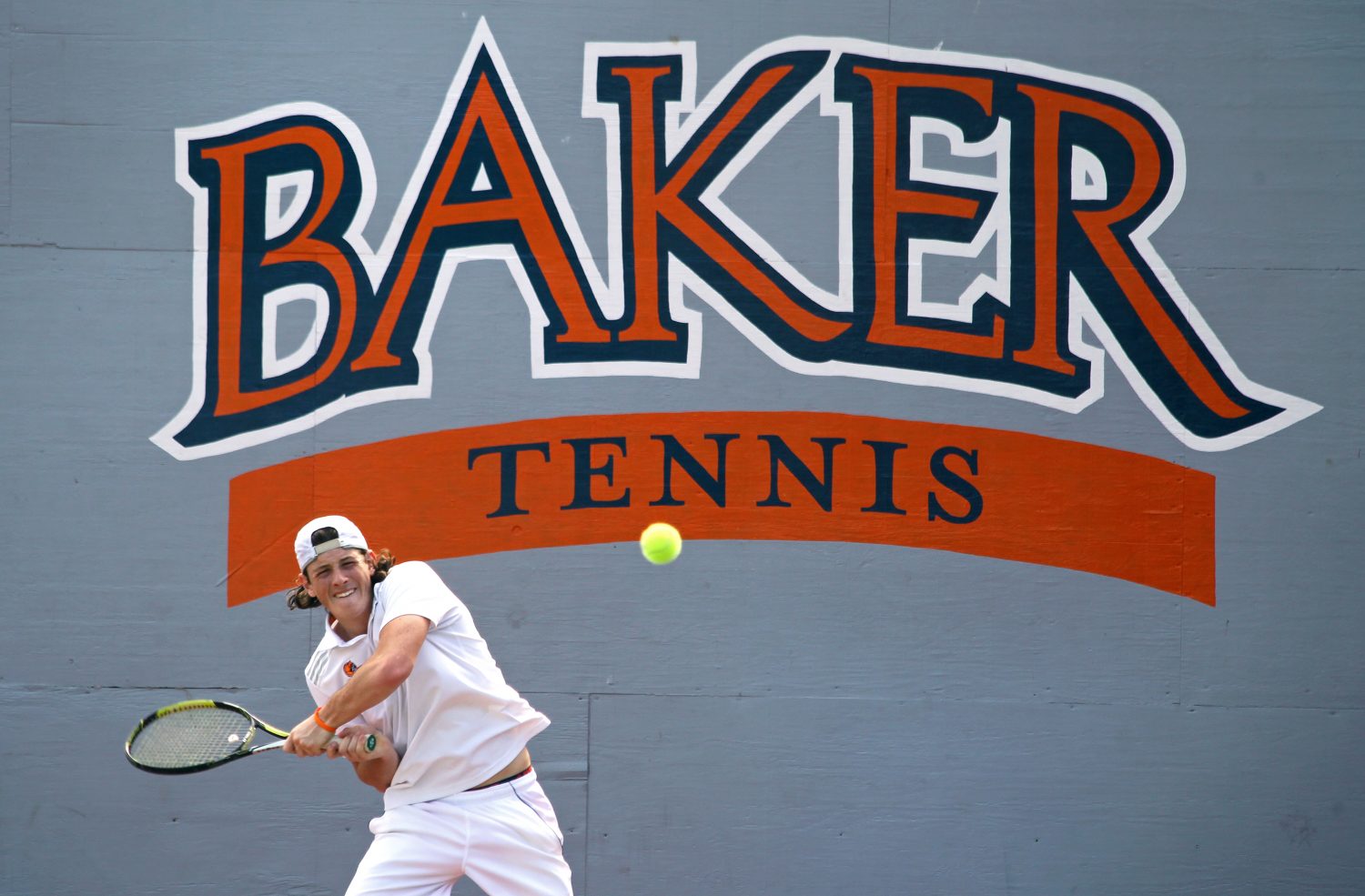 The Baker University men’s and women’s tennis teams returned to Baldwin City Saturday evening after sweeping Southwestern College in Grain Valley, Missouri. The men’s team won with a score of 8-1 while the women’s team won 5-4.

The only loss of the dual on the men’s side came when Chris Lane of Southwestern defeated freshman Thomas Irick of Baker in the third set 10-5. Irick got his revenge on Lane, beating Land and a partner in the doubles competition with junior Aaron Greenbraum by his side.

Despite Irick’s loss on the day, he has been a very valuable asset to the Wildcats this year. Sophomore Gavin Webster had some positive comments about the new additions to the squad this year.

“Blake Barnard and Thomas Irick have been standout freshmen this year. They have come up big for us in several close matches” Webster said. “As always, Mike Draper is a great leader and captain for our team, leading us at the 1 spot in our lineup”.

The men’s tennis team has seen drastic improvement from previous seasons where they were not competing as one of the premier teams in the HAAC. This year, however, things have changed.

“Our season is going very well, and probably better than expected considering a couple of unfortunate player losses at the top of our lineup” Webster said. “We’ve been competing well and have won a couple of duals against teams ranked above us.”

Moving forward, the Wildcats hope to finish out their season with some crucial conference wins. Webster also has big aspirations for the team.

The women Wildcats saw wins from junior Megan Henry, freshman Brooke Barnard and sophomore Jamie Myers in the singles competition. The doubles competition brought in wins from Henry/Bernard and Myers/freshman Taylor Swartzendruber. Those five wins were enough to seal the victory over Southwestern.

This season has also been one to remember for the women’s team.

“Our season is going really well. Our team has a lot of fun together while we’re working hard to get better,” Myers said. “Our coach is very proud of us because we’ve been getting wins this year that his teams in the past have never achieved, and that’s really exciting to me”.

This new-found success can be attributed largely to the freshman class, which has made a huge impact this year. Eight out of 11 players on the squad this year are freshmen.

“I think the freshman group as a whole has affected our team in the most positive ways possible,” Myers said. “They bring so much excitement and positivity to our team. They’ve changed the entire atmosphere and our team is so much closer because of them. Not only are they contributing wins now, but imagining what they will do in a couple years is mind-blowing.”

The Wildcats have a busy month this April with all roads leading to the HAAC tournament in Topeka on April 24. The teams hope to be able to assert themselves in the top three in the conference.

As for Myers, she is ecstatic about the challenge the HAAC tournament presents.

“I’m looking forward to the HAAC tournament in Topeka this year because it’ll be a true test on how far our team has come,” Myers said. “Also, it’s my hometown and my friends and family will be able to come and watch us play”