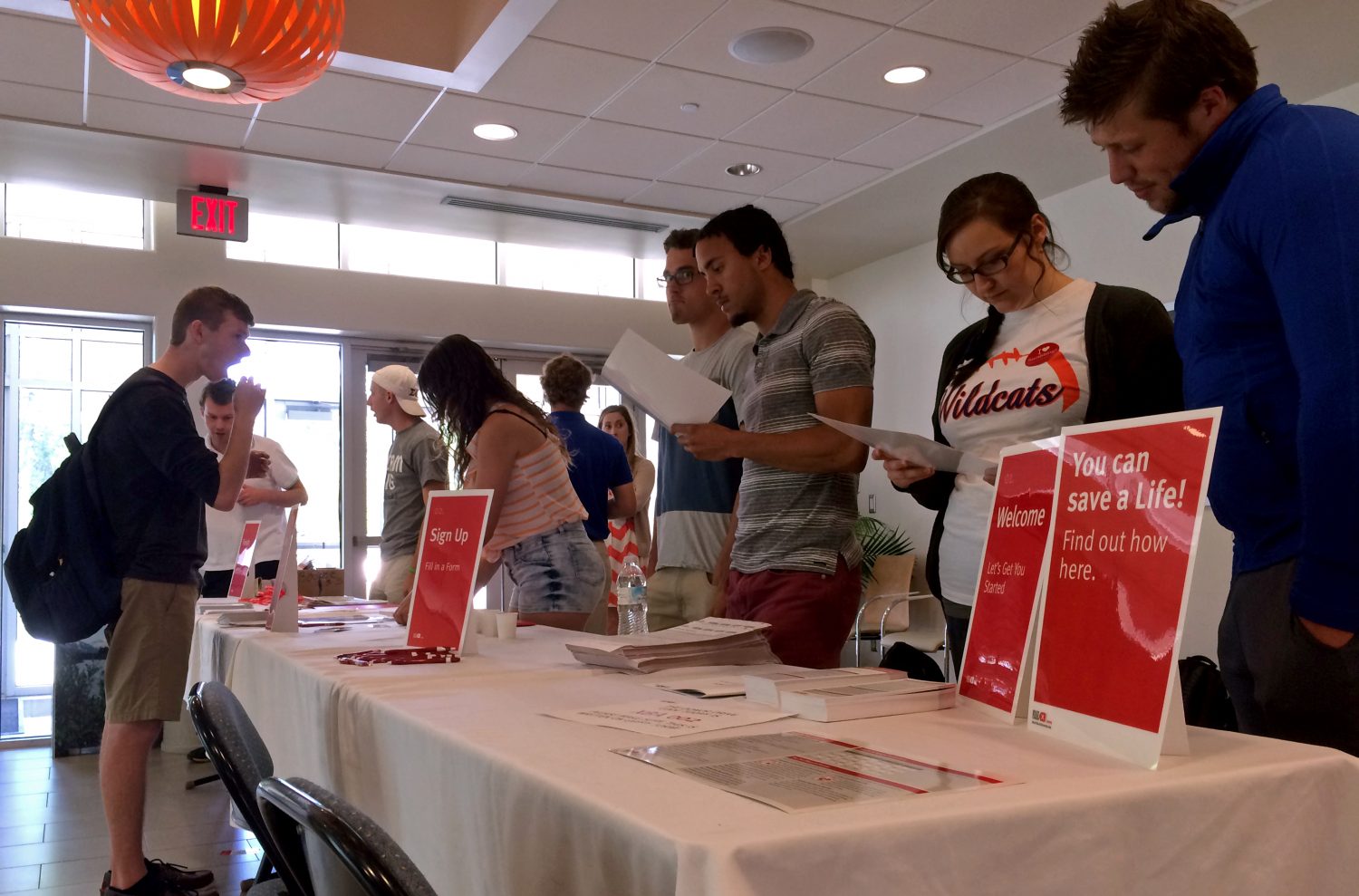 “I think it’s a really powerful experience to be able to help someone,” freshman Carly Triggs said. “If any of my family members were in the situation of needing a bone marrow donation, I would want the same.”

Triggs, who took the time to fill out the necessary information and swab her cheeks, was only one of the many who felt this way after officially becoming a registrant.

“I find it important [to participate] because I believe in reducing the suffering of other individuals in any way that I can,” sophomore Brittney Harmon, another registrant, said. “Because Baker offered [the drive] today, I took the opportunity. I had never had chance to register in the past.”

Following the completion of the necessary steps to become a registrant, students and staff alike proudly displayed the blood-red “I swabbing” bracelets and stickers around campus.

In 2013, when the drive was previously held, 177 people registered. Since then, 11 registrants from Baker were matched to people who were in need of a blood marrow transplant.

Sophomore Nick Yarbrough was one of those 11. Although he initially registered through his high school during his senior year, Yarbrough was contacted within his first few weeks of being student at Baker because he was found to be a match for someone with blood cancer.

“We need to continue doing this,” sophomore Nick Yarbrough said. “I think that it’s important to get as many people as we can on the registry list so we can try to save someone’s life.”

Understanding this need, Yarbrough and many other student volunteers took part in helping run the drive. Although the number of registrants was lower than the drive from two years ago, Baker alumni Parker Bryant noted that this was because many students had already registered.