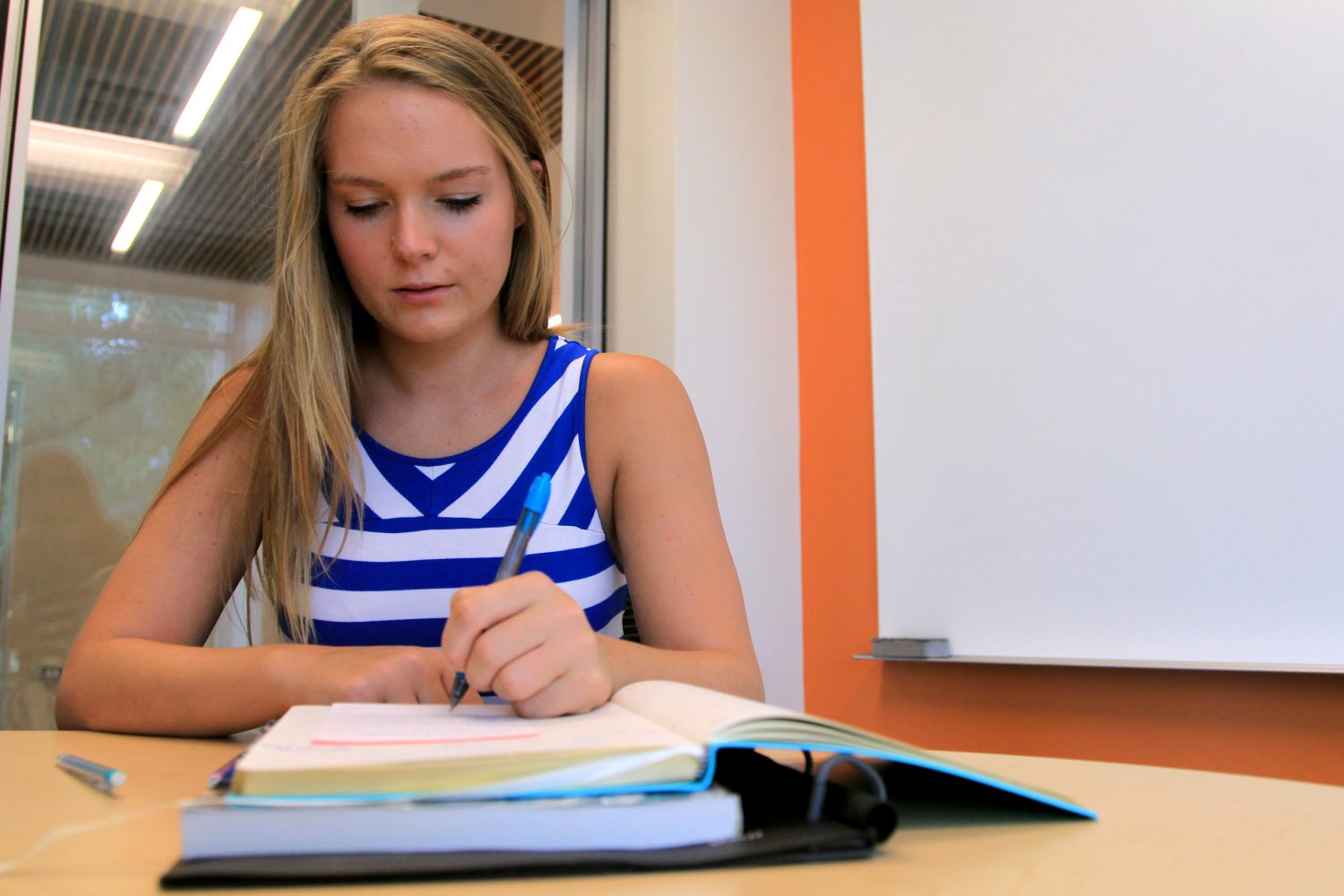 Junior Olivia Beins has been selected as one of 27 recipients of the Delta Mu Delta Board Award, a scholarship that recognizes students for their academic excellence, character and ethical behavior.

Delta Mu Delta is a national honor society that recognizes students in business. The organization has chapters at nearly 300 schools, and Baker’s chapter is nearly 20 years old. In its history, members of this chapter have won $11,200 in scholarships.

The Delta Mu Delta Board Award recognizes excellence in the study of business administration. Judges, who were business educators, received a short essay on character and ethical behavior, a list of organizations and honors, transcripts and recommendations from each applicant.

Beins decided to apply with the push of Professor of Business and Economics Kevin McCarthy, who believed she was a “well-rounded” applicant.

“I think she exudes trustworthiness,” McCarthy said. “Her hard work and responsibility are the things I think came out in her application.”

Another factor that McCarthy believes set Beins apart from other applicants is her experience. Because the application was not due until June, Beins was able to include her summer internship with Heritage Tractor, a John Deere dealership located in Baldwin City.

As an accounting assistant, Beins helped with bank reconciliations, recorded John Deere invoices and assisted with the preparation of monthly customer statements, along with many other duties.

“She was very outgoing and confident,” Sherry Broers, the controller at Heritage Tractor, said. “She definitely pays attention to detail and always has a good attitude. She is a delight to be around.”

As part of her application, Beins decided to write her essay about integrity. This character trait is something that both McCarthy and Broers often saw within her.

“I don’t know anyone her age who has as much integrity as she does,” Broers said. “She’s very honest and wants to do a very good job with everything that she touches. I truly believe that she will succeed at anything that she pursues in her career.”

The national Delta Mu Delta Biennial Conference will take place in November in Kansas City. McCarthy is currently working on scheduling a time for the nearly 250 Baker alumni members to reunite during the weekend, as well.