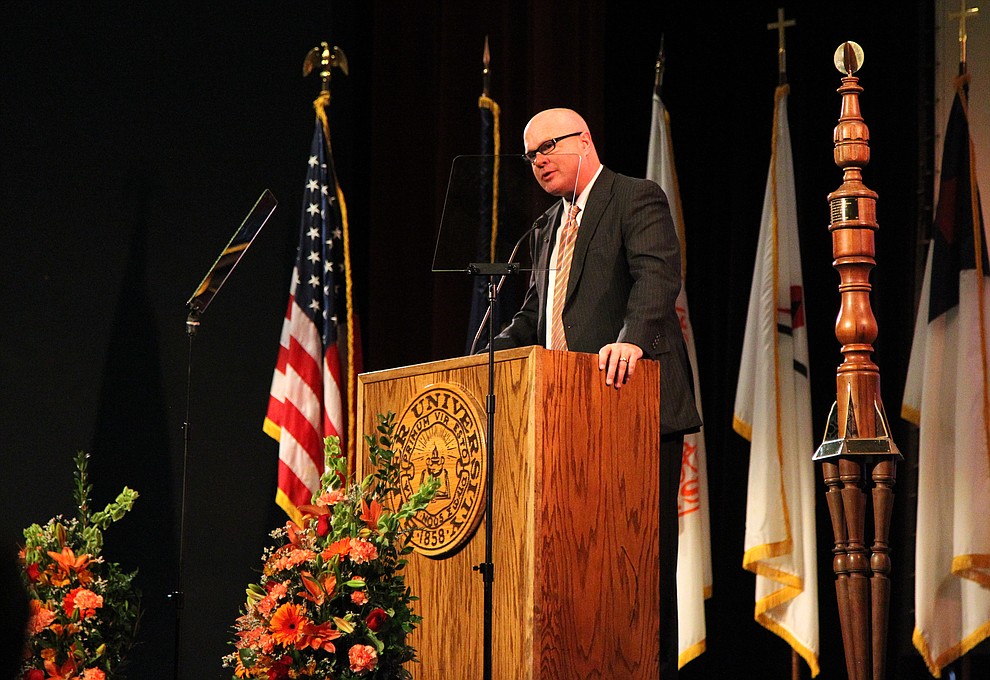 In front of family and friends, Baker University Minister Kevin Hopkins, was promoted from major to lieutenant colonel over the summer. This ceremony took place in the headquarters of the 190th Air Refueling Wing at Forbes Field in Topeka.

In the promotion ceremony, one of Hopkins’ fellow chaplains read him the federal order that established that he was being promoted from major to lieutenant colonel, while his family participated in switching the rank on his uniform to that of his new status, on his shoulders and his hat.

Hopkins, known as Rev. Kev to many BU students, has found many rewards in his work, but he said “the ability to serve God and serve my country, both at the same time,” was the most rewarding for him.

“After working on me for about five years, I finally said yes,” Hopkins said.

As for promotion, he had a simple strategy for success.

“Basically, you show up and do your job,” he said. Although he added that to be considered for a promotion it helps to go beyond the regular call of duty, such as being deployed.

Hopkins has been deployed once in his 16 years of service. He was stationed in Dover, Delaware, at the military mortuary where he worked with families of fallen soldiers. He said this was a “great honor” in his life.

With 16 years as chaplain for the Kansas Air National Guard, he hopes to continue to serve not only God, but his country and the BU campus, as well.