My time in the big leagues 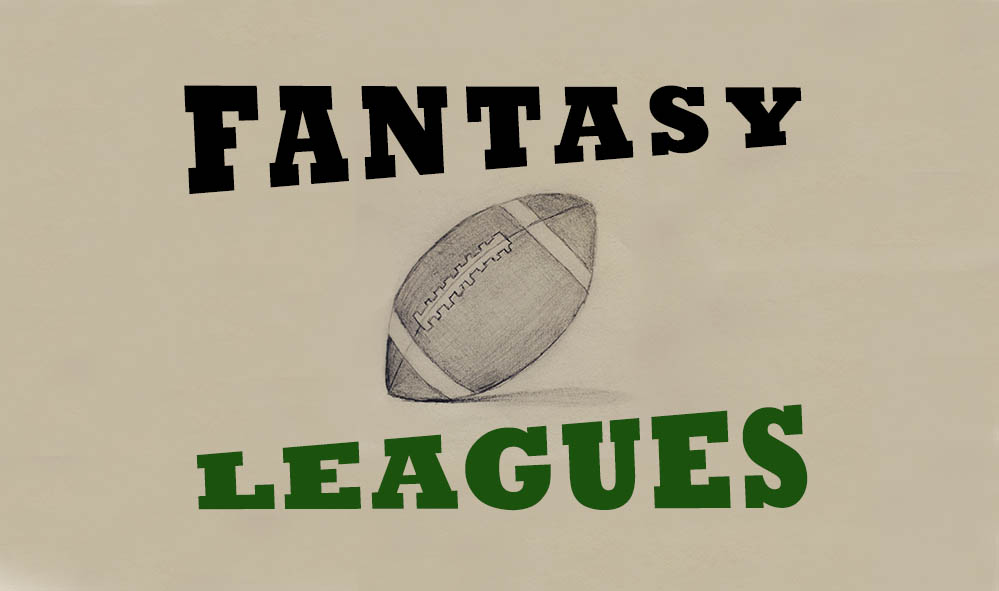 For college students, fantasy football leagues can be a way to make football games more interesting or an opportunity to prove that you’re better than your friends at picking productive football players.

When all you need to join a fantasy league is an email address, an intimidating username and a minimum $5 deposit, why wouldn’t you give it a try? I decided to try my own luck at DraftKings. My first contest was against 2,300 people I have never met. It was based off of just two NFL games, the Seahawks vs. the Green Bay and the New York Giants vs. Indianapolis Colts. I did no research on these teams or their players.

The system of picking your player is all based on a salary. Better players have bigger salaries. Each person picking a team gets $50,000 of pretend money to spend on players. I threw together a lineup of people I had little knowledge about. One player I did know was Marshawn Lynch, not for his playing ability but his love for Skittles.

As my pretend money emptied and my lineup was set, I entered the contest. Out of those 2,300 random people I placed 82nd. I finished with a 400 percent return, which sounds like a lot, but not when you only put a dollar in. I won a whopping $4.

I felt pretty good with my return considering I went into the contest with little knowledge and little hope of a good result. Imagine if someone took the time to learn the teams and put in the effort to create a truly effective lineup.

As it turns out, some people on campus do put in that time. Senior Hunter Thomas said he has been a member on DraftKings for more than eight months. He said he has won more than $3,000. Unlike my approach of blindly picking a lineup, Thomas takes a more statistical approach.

“The major thing is looking at the Vegas odds, the total scores, and projections for both teams, then looking at the over-under,” Thomas said. “Make sure you check weather, too. That’s been a big factor.”

You can stalk the internet looking for every headline involving one of your fantasy players, or you can just toss together a mess of players. Either strategy could end up bringing home big bucks.

Online fantasy league websites advertise that they take the pressure out of season-long competition. With FanDuel and DraftKings, you don’t need to follow week-by-week. You are able to pick as few as two games. This makes it easier to stay immersed in those two games instead of the usual line-up with players from a large number of different teams over the entire season.

With convenience comes the issue of not knowing how much money one might be losing over time. There will always be success stories, but hiding behind one success story can be 100 failures.

As the year goes on, I see myself continuing to put a dollar here and there into contests on DraftKings. At the end of the day, I have spent far more money on less important things.