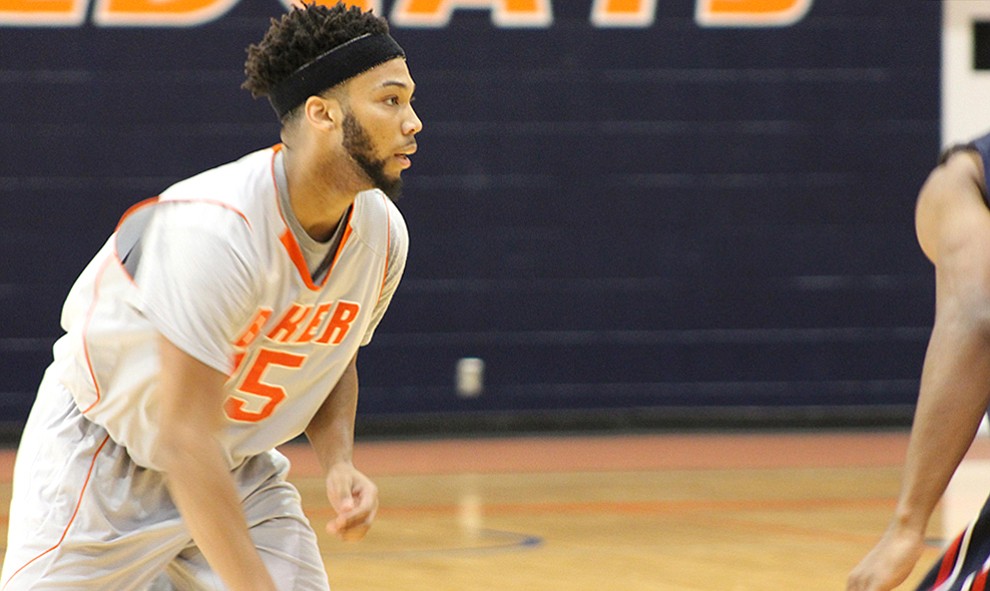 The men’s basketball team will start the 2015-16 season at Ottawa University on Oct. 31. The team finished 9-20 last season and 3-15 in the Heart of America Athletic Conference, falling in the first round of the conference tournament.

Head coach Sean Dooley has posted a 56-65 record since his start back in the 2011-12 season. The Wildcats have had two straight losing seasons under Dooley.

“The team is looking much better this year,” senior Manuel Barnes said. “We saw good improvements during conditioning, weights and the first practices. We have a lot of returners now so we really understand the work ethic and the level of intensity needed to compete in the Heart.”

Leading the Wildcats will be junior guard Javeion Gray, who was the second leading scorer last year averaging 10.3 points per game. He also led the team in assists and steals with 3.08 assists per game and .96 steals per game.

Four new recruits are set to make an impact this season. One is junior Taylor Johnson, who transferred from the University of Central Missouri.

“TJ (Taylor Johnson) is a great shooter who will add some more experience to the team,” Barnes said.

Baker will stilly rely on the experience from the 11 returning players though.

The 2014 recruiting class made a huge impact on the defensive glass last year. Baker ended the season ranked fifth in the nation in defensive rebounds, averaging 30.897 per game. Sophomore Dan Young, senior Nick Wilson and junior Tyrome Parker all helped the effort with 3+ rebounds per game.

The Wildcats have an optimistic outlook on this season. It is showing in their preseason practices.

“We’re looking very good this preseason and we’re working every day to get better as a whole,” Parker said. “It’s probably the best preseason I’ve been a part of.”

The Wildcats will miss EJ Carter, who led the Wildcats in points, rebounds, and free throws last year. However, Barnes believes there are things that the team can do to help fill the void Carter has left.

“The key will be to keep each other accountable for every practice and every game. We have to keep getting better each day during the season,” Barnes said. “Also, use our experience to finish games and win those tight games that we see all the time in the Heart. The conference is very strong so if we can play hard and smart for 40 minutes then we have a chance to win a lot more.”

A solid recruiting class, a strong offseason, and a flawless preseason will hopefully propel the Wildcats to an improved season.

“We’re looking to change things around, and the support of our fans will help out a lot,” Parker said.