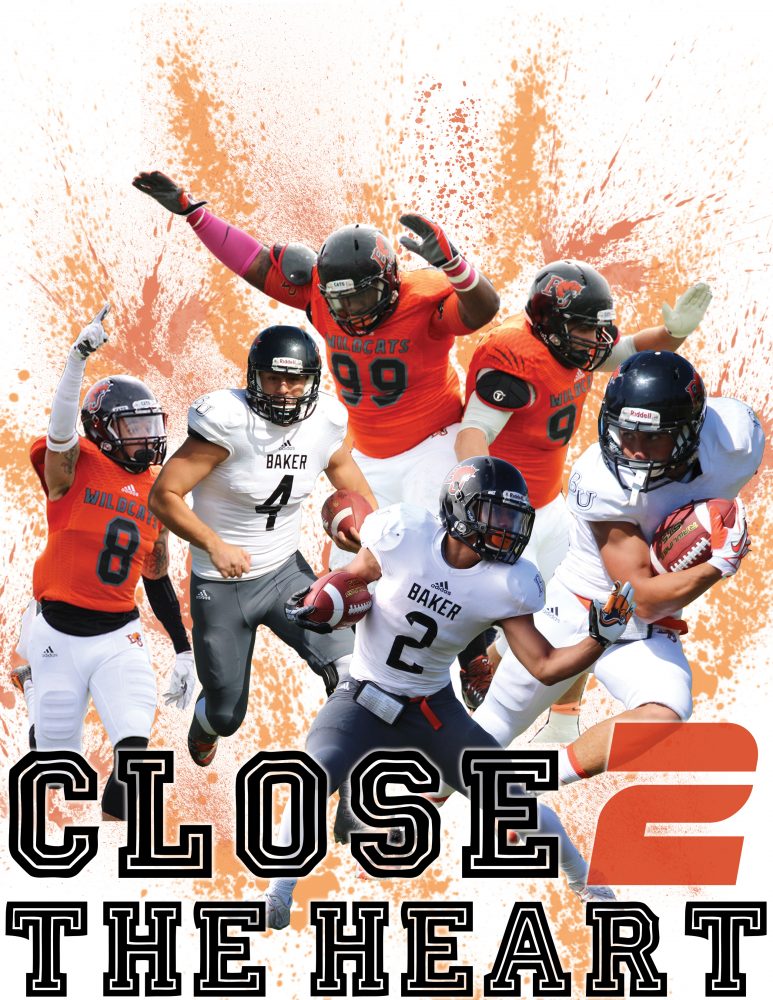 The clock ticked down on the scoreboard at Volney C. Ashford Stadium in Marshall, Missouri, on Saturday, and the No. 2 Baker Wildcats knew that they had just accomplished something huge. With a 26-0 win against the Missouri Valley College Vikings, the Wildcats clinched at least a share of the Heart of America Athletic Conference South Division title.

“It was hard to watch, but we played real well in two out of three phases, and we came away with a victory on their field,” head coach Mike Grossner said.

In the conference’s first season with two divisions, Baker rose to the top of the South Division without much of a teste. Rebounding from a loss to Benedictine in week five, the Wildcats have scored 36.5 points per game over the past four games and are rolling into the final week of the regular season and the playoffs.

Saturday’s game meant a lot to the Baker football team because of a budding rivalry with Missouri Valley.

The last time the team visited Marshall was two years ago. Baker won 13-10 over MVC in overtime on the leg of sophomore Clarence Clark, who nailed a 59-yard field goal in the fourth quarter to send the game into overtime.

After the BU defense stuffed Missouri Valley in the first possession of overtime, it was Clark, again, who came through. He hit a walk-off, 52-yard field goal to beat the Vikings for the first time since 2008.

In last season’s finale, Baker needed a win over the Vikings to get into the playoffs. Two interceptions returned for touchdowns set the tempo early as MVC jumped out to an early 14-0 lead. Baker rallied late, but it was Missouri Valley that kicked the heroic field goal to take a 27-24 win, eliminating the Wildcats from playoff contention.

But this year it was Baker that put the nail in Missouri Valley’s coffin. The Vikings now sit at 6-4 overall and 4-1 in the conference, and they are on the outside looking in at the playoffs.

The 9-1 Wildcats are unbeaten in the Heart South and have one more regular season test against Evangel at 1:30 p.m. on Saturday in Springfield, Missouri. Evangel has lost five straight games, most recently to Avila 34-27 last Saturday.

A win at Evangel will secure Baker as the first ever Heart South Division champions. Even with a loss Baker will still own at least a share of the division title.

Baker is looking for its second Heart title in three years. The best-case scenario for Baker will be to take a big lead in the first half and be able to rest the starters for the first round of the NAIA FCS Playoffs beginning Nov. 21. The 16-team field will be announced Sunday at 4 p.m.

After the selection show all roads lead to Daytona Beach, Florida, the home of the 60th annual NAIA Football Championship. Baker needs three wins to make it to the championship game on Dec. 19.

“We’ve built some great relationships on this team, and it’s been a heck of a ride so far, and we don’t plan on it ending anytime soon,” junior Nick Shondell said.