Rewards for flopping can be worth the ridicule 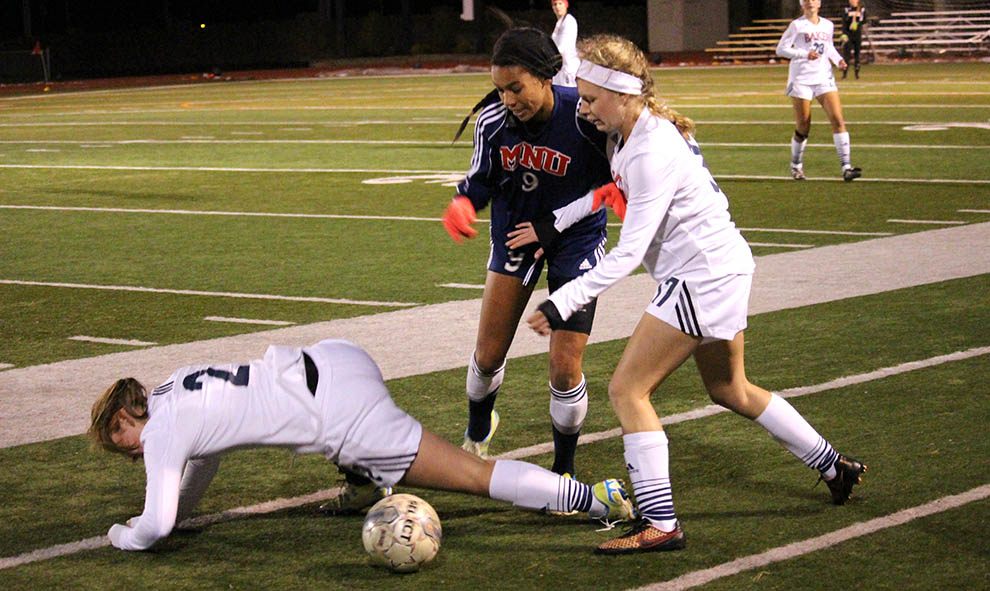 Anytime you have the ball in the box and an opponent touches you ever so slightly, you should dramatically dive to the ground. If your performance is decent enough, you may get the referee to call the foul in your favor. Sometimes if the fall isn’t enough, remain on the ground and maybe grasp your knee or ankle in pain.

It’s what many veteran soccer players would do. Spectators, on the other hand, have different views.

First-time viewers of any soccer game repeatedly come away with the same annoying question: “Why do so many soccer players flop?” Some argue that the hatred of the flop in America keeps soccer from being more widespread and popular in the United States.

Soccer players are always called out for their flops. In the packed crowds of a soccer game I hear people behind me saying, “Why is he on the ground? That guy didn’t even touch him.” Or they use one of my favorite lines, “Get up, you’re not hurt!”

The flop has been denounced as underhanded, conniving and lying because we like to focus on playing with sportsmanship. While those who are spectators typically mock the act, it isn’t all that far-fetched.

One concept, taught in any entry-level economics class, is incentives – how people change their behavior to get what they want. Flopping is not the problem. The problem is that there is an incentive to flop. Regardless of the mockery made out of any flop attempt, if a flop works then the reward is worth the ridicule.

Most coaches don’t teach their players how to flop, but it is an attempt at doing anything possible to get the call a player’s way. If players have a higher chance at scoring off of a penalty kick than a regular play, why wouldn’t they do anything for a chance at a PK? Most soccer games are decided by just one extremely valuable goal.

Usually when a player does dive after contact, it’s to communicate. This gets the attention of the referee. In basketball, nobody knows a player took a charge unless he or she falls down. Just like a player taking a charge in basketball, soccer players overstate not to deceive, but to grab the ref’s attention.

Critics have long argued with the FIFA rules on this. If there were automatic reviews from the booth on penalties in the box, the game would retain its authenticity and players could not try to alter the referees’ calls.

Now imagine it’s the final minute of the game. After 89 minutes of play, neither team has put the ball in the back of the net. You’re driving the ball toward the box and you know the last defender is about to go in hard for the tackle. Do you make an attempt to keep the ball and your footing in order to get a shot off? Or do you dive toward the ground in hopes the referee blows the whistle for the PK?

Many professionals would try to get the penalty kick because it’s the logical thing to do. When one goal can determine the outcome, don’t hate the player, hate the game.