Women bounce back with home win 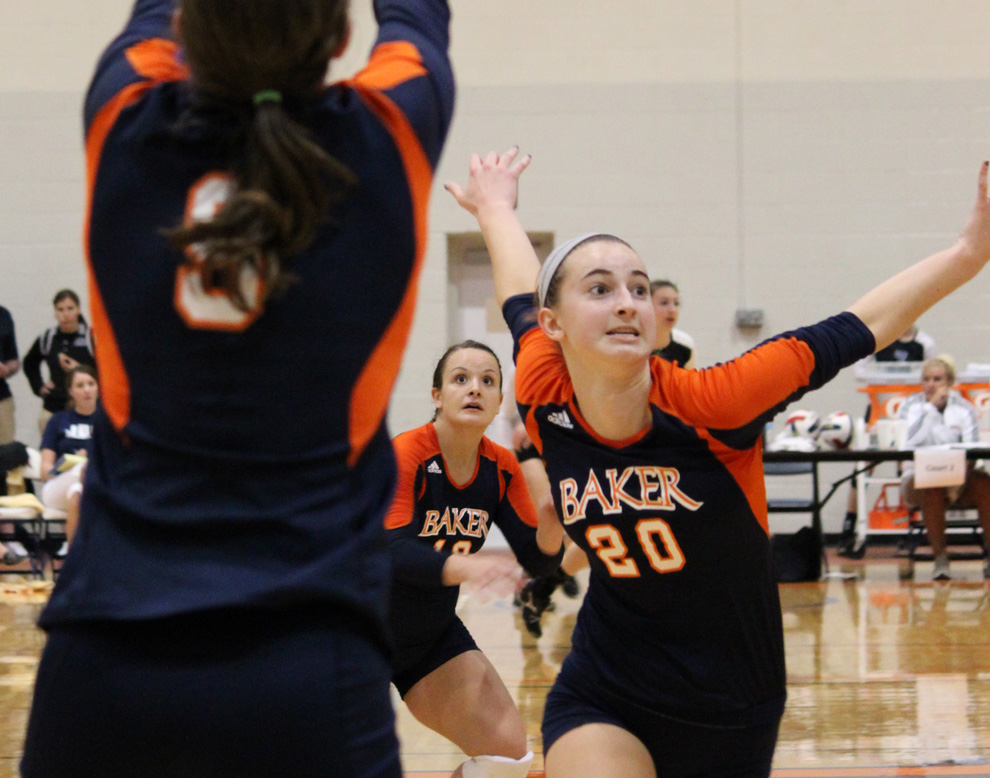 The Baker women’s basketball team responded from back-to-back losses with a dominant 71-46 win over William Penn University Monday Night in the Collins Center. The Wildcats improved to 11-4 overall and 5-3 in conference play starting the toughest week of the season with three games in six days.

The Wildcats led from start to finish. Baker also took advantage of nine first-quarter turnovers and 11 second-quarter turnovers from William Penn. The Statesmen only had three previous games this season with more than 20 turnovers, and Monday night they did that in only 20 minutes.

Freshman Jess Zweifel led all scorers in the first half for Baker with nine points on two 3-pointers as well as an old fashioned 3-point play. Despite shooting only 39 percent from the field, the Wildcats led 35-13 at the break.

Baker never let off the gas pedal, scoring 36 second-half points. William Penn’s turnovers and poor shooting put the Statesmen out of this one early, with Baker cruising to a 25-point win.

This win will help propel the women into the second half of the conference slate.

This was only the first game of a busy week for Baker. The Wildcats will play at Peru State at 5:30 p.m. on Thursday and then will travel to play at Grand View University in Des Moines, Iowa.