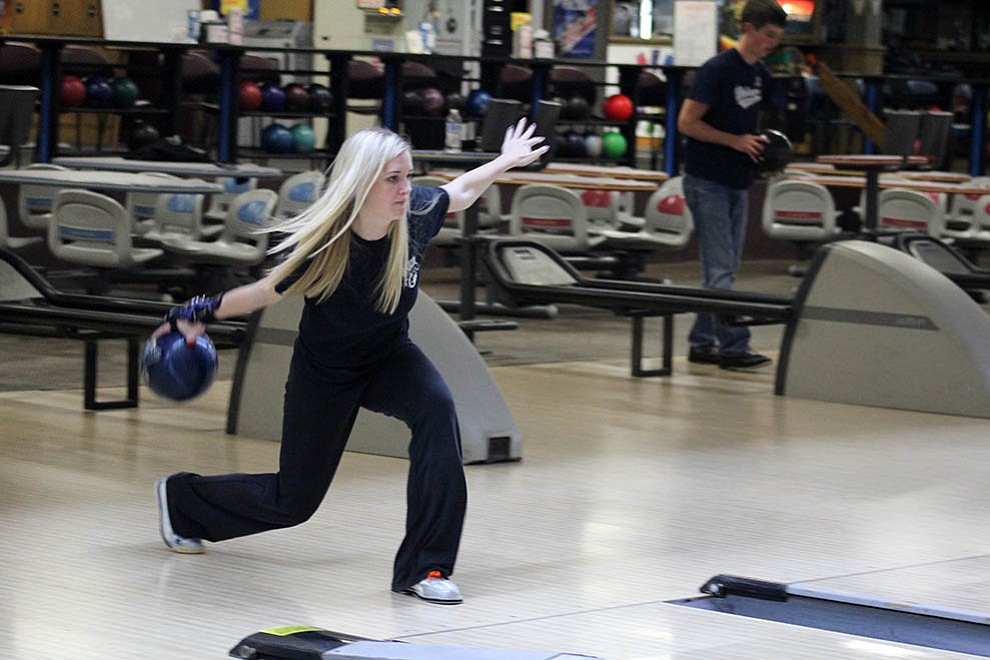 Having practices that start at 9 p.m. might seem unreasonable for any other sport, but not for the bowling team.

To prepare for the upcoming Hoosier Classic, coach Cheryl Keslar scheduled practices late at night to prepare the team for what it will be like when they have to sit and watch as all 80 of the men’s bowling teams compete before the women.

Sophomore Mackenzie Mitchell says the team has put in more work than the previous year and is practicing every day to get better.

“The team has a different bond,” Mitchell said.

Mitchell thinks the bond has only gotten stronger throughout the season and everyone is “putting more focus into it” and practicing harder.

At the National Collegiate Team Match Games on Nov. 29 in Belleville, Illinois, Baker was able to snag 13th place overall out of 20 teams. Sophomore Brett Juhl finished 13th out of all bowlers with a 204 average and a high game of 242.

As winter break arrived and allowed many students to take time away from school work, the bowling team headed to Las Vegas to compete in the Glenn Carlson Invitational and the Collegiate Shoot-Out. Baker placed 11th out of 20 teams in the Collegiate Shoot-Out with Mitchell placing 23rd overall, averaging 201. The Wildcats placed ninth out of 19 teams in the Glenn Carlson Invitational with Allyson Ware placing 16th overall with a high game of 234.

On the road to Sectionals, the Wildcats added an unplanned stop at the Hastings Bronco Open in Hastings, Nebraska, where Baker was among the three teams competing. The team placed second, right behind Hastings, which hosted the event. Ware placed fourth overall in the tournament with an average of 185.

Keslar scheduled this tournament to add more playing time. As the team was able to work together, they were able to build more chemistry.

The Baker women’s bowling team will travel to Indianapolis next as it competes in the Hoosier Classic Feb. 20-21.