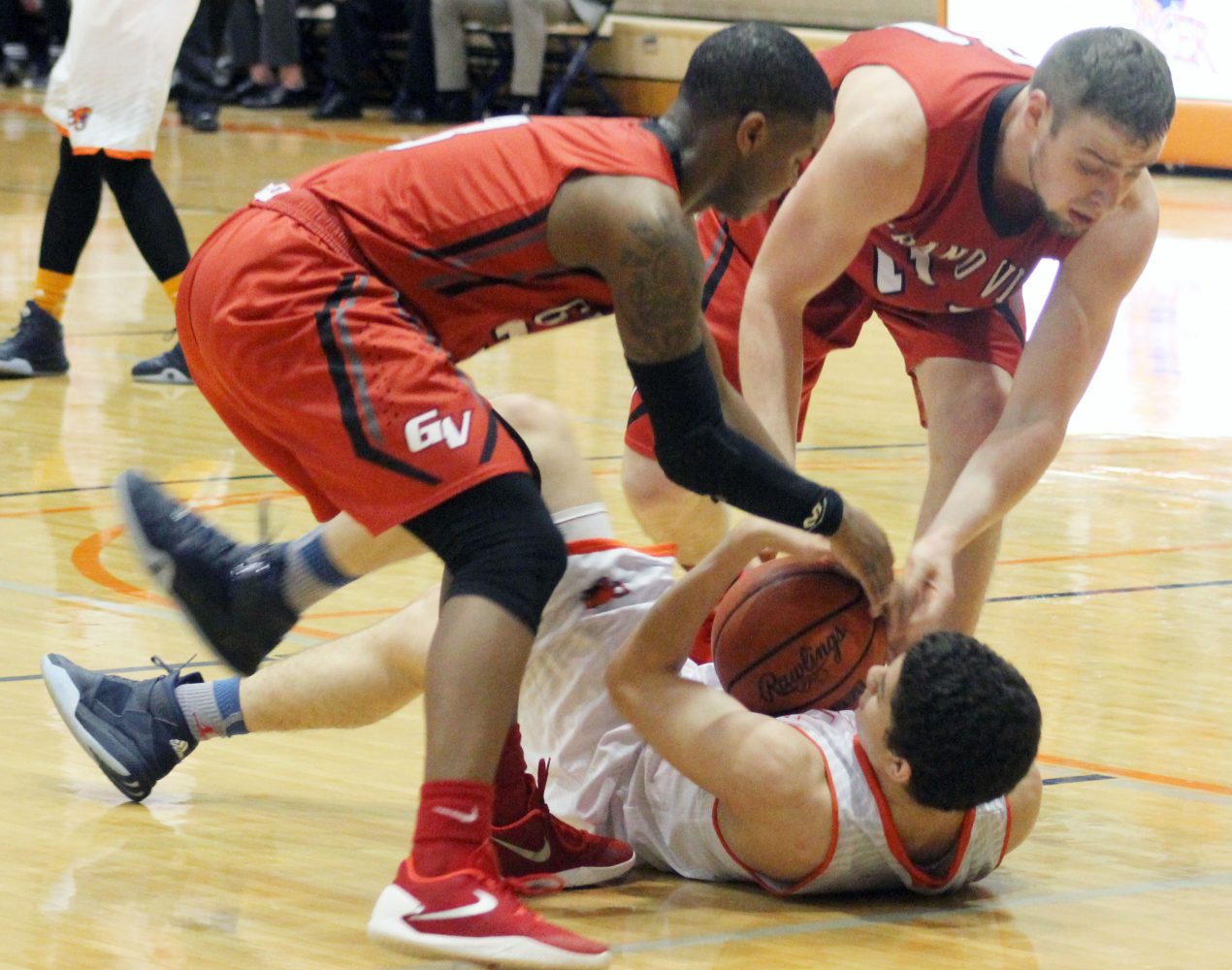 The men’s basketball team fell to Grand View University on Saturday 86-81. The Wildcats had a chance late in the game, down two points with 12.1 seconds left, but they were not able to capitalize and Grand View sank its final free throw attempts.

Senior Nick Wilson was electric for the Wildcats. He finished the night with 16 points and five boards. This comes after his career-high 17-point game against Benedictine earlier in the week.

Junior Javeion Gray continued to be one of the premier players for the Wildcats. He put up 15 points, seven assists and four rebounds.

The Wildcats outrebounded the Vikings 37-28. However, the turnover margin seemed to be a big factor in the loss on Saturday. Baker turned the ball over 17 times and had seven shots blocked. Nick Lyon of Grand View had four blocks himself.

Other standout performances were from Grand View’s Chase Mullen, who had a season-high 28 points, and Kerry Green, who put up 20 points for the fifth time this season.

With only two games left in the regular season, the 12-15 Wildcats need to finish the season strong to try to get the highest possible seed for the conference tournament.

Baker squares off against Peru State University at 7:30 p.m. on Wednesday in the Collins Center. This is also senior night for the Wildcats.

Their final matchup will be at 4 p.m. on Saturday on the road against William Penn University.