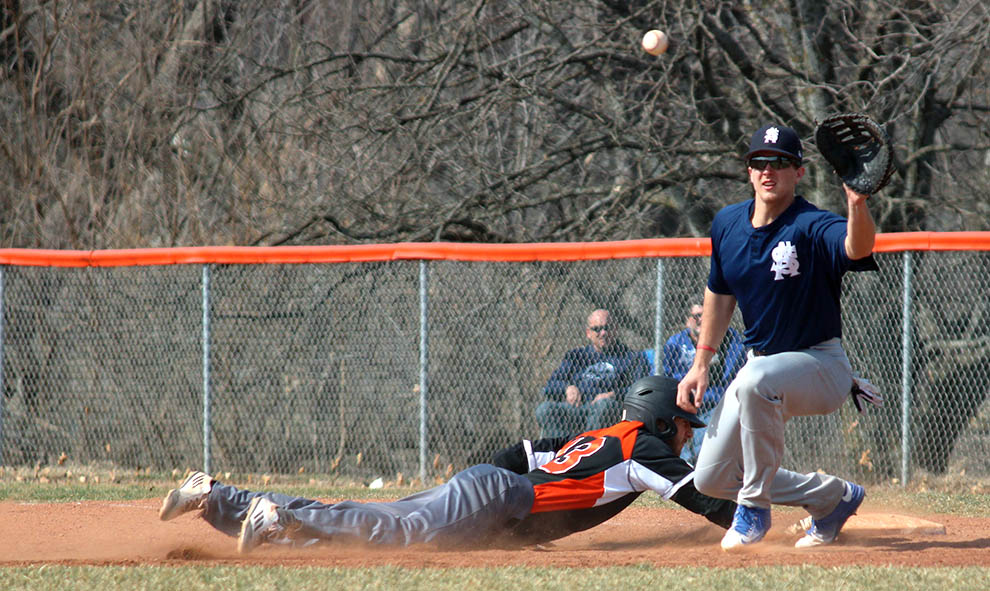 The baseball team split its four-game home series with St. Ambrose University over the weekend. The Wildcats are now 5-9 on the season, while St. Ambrose moves to 4-4 overall.

“I feel like we are just beginning to figure out who we are as a team and also figuring out our individual roles,” senior Charlie Coleman said. “It’s still early, so I don’t believe our record is accurately depicting how good we actually are, but things are starting to come around.”

In the first game of the series, Baker won handily with a 5-0 victory. Coleman was having no problem hitting as he led the Wildcats by going 3-for-3 at the plate with a triple, double and RBI.

Senior Seth Jones pitched the whole game and finished the shutout by only allowing two hits.

“After our first game we knew we were the better team. We just had to go out and prove It,” junior Caleb Lee said. “That first game is a perfect example of what happens when our pitching, hitting and defense is all working. We’re a good team when we put it all together. I think that first game nearly doubled our team confidence.”

“We worked ourselves into hitters counts and were able to be selective hitters, and with two strikes we were able to slow things down and use our mechanics to succeed,” Boyce said.

In game three on Sunday, Baker called upon Lee, who nearly threw a complete game. He went 6.1 innings and allowed just two earned runs. Freshman Wes Boehm was called in to finish off the final two outs, earning the save.

“Right now I think the biggest thing we need to improve on is starting games instead of finishing them,” Lee said. “We’ve done a great job this year of scoring runs late in the game in the sixth and seventh innings, but not scoring early on and trying to play catch up at the end has given us a couple of heartbreak losses.”

In the series finale, Baker experienced some of that heartbreak. SAU started hot with a 2-0 lead and held that throughout the game. The Wildcats entered the seventh inning down 6-2 but went on a late run to bring the game within one run. Baker was unable to finish the comeback effort as the game ended with the winning run on second base.

“We are getting there,” Coleman said. “We have confidence in our coaching staff and playing ability and will get where we need to be in the near future.”

Baker’s next game will be against the University of St. Mary in Leavenworth for a doubleheader on Thursday.