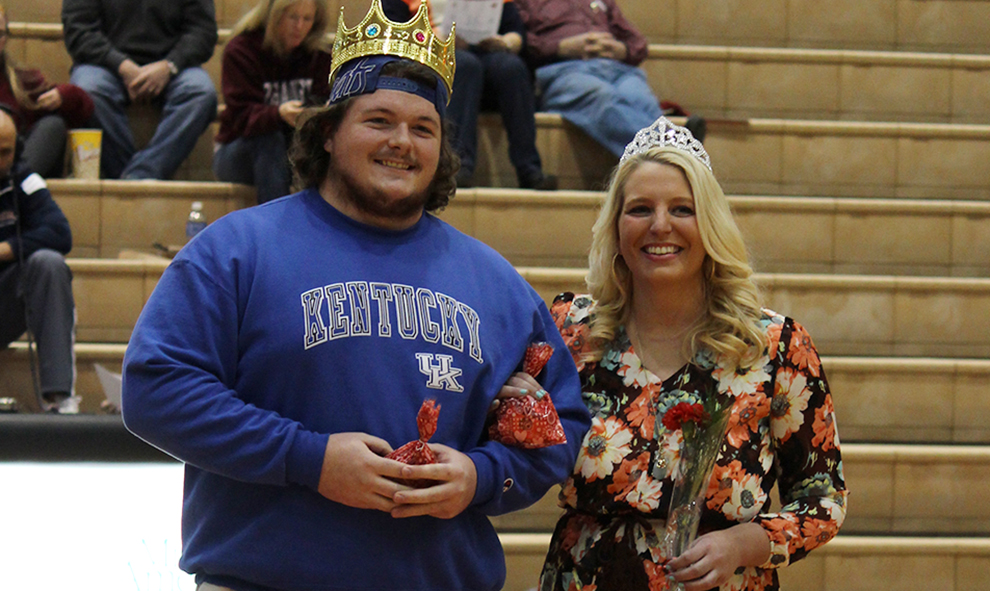 The No. 22 Baker women received an at-large bid to the NAIA National Championships next week at the Silverstein Eye Centers Arena in Independence, Missouri. This is the team’s third consecutive trip to the NAIA tournament. Tournament pairings were announced on Wednesday.

The Wildcats are the sixth seed in the Cramer bracket and will take on Columbia College, the third seed, in the opening round. The two will play at 5:45 p.m. on Wednesday, March 16, in Independence.

Baker is one of four Heart of America Athletic Conference teams that qualified for this year’s national tournament. The Wildcats join the conference tournament champion MidAmerica Nazarene Pioneers, the regular season champion Central Methodist Eagles and the Benedictine College Ravens, who received an at-large bid. All four teams are in different brackets and have zero chance of meeting until the Final Four.

“I think our league is going to shock some people on the quality of teams that we have,” head coach Ben Lister said. “We’ve got size and we can guard.”

Lister said after the Heart title game loss that he hoped for a six seed and he turned out to be exactly right. Lister also predicted that Baker would finish the season at No. 22, and once again he was correct.

“I don’t know anybody else that plays behind us in the polls that had a better week than we did,” Lister said. “We played three teams that had at least 22 wins, all three receiving votes or ranked, and we went 2-1 on the week.”

Columbia College finished the season as the No. 12 team in the NAIA. The Cougars were 27-5 overall and 20-4 in the American Midwest Conference, finishing tied for second with Freed-Hardeman. Columbia lost in the semifinals of the conference tournament to Freed-Hardeman after splitting their season series. This is Columbia’s 12th trip to the NAIA tournament and second time in three seasons.

The American Midwest Conference also features Lyon College, the No. 3 team in the NAIA and a top seed in this year’s NAIA tournament. The Cougars beat Lyon 63-51 in November but lost 72-65 on Jan. 23.

Baker and Columbia played each other one time this season on Nov. 28 in Baldwin City. The Cougars beat Baker 66-55 and held Baker to 19 percent from beyond the arc. Baker led 45-43 going into the fourth quarter, but the Cougars dominated the final quarter and pulled off a non-conference road win.

Columbia is led by senior guards Corri Hamilton and Petrolina Chilaka, who were both first team all-conference performers. Hamilton is No. 4 in the American Midwest Conference in scoring at 15 points per game and is first with her 53 percent field goal percentage. Hamilton also leads the team in rebounds with 7.69 per game. She’s a 1,000-point scorer at Columbia and has scored in double figures in 27 of the team’s 32 games.

Chilaka is second on the team in scoring with nearly 13 points per game. Chilaka set the school record for points in a game this season with 42 against Missouri Baptist. She made eight 3-pointers, setting another single game record.

If the Wildcats win then they will take on the winner of second-seed Shawnee State, from the Mid-South Conference, and seventh-seed Langston University, from the Red River Athletic Conference. Langston is coached by Cheryl Miller, the sister of basketball legend and former Indiana Pacer Reggie Miller. Cheryl Miller is a member of the Naismith Memorial Basketball Hall of Fame, an Olympic gold medalist and an NCAA national champion with the University of Southern California.

Last season at the national tournament Baker lost to Oklahoma Baptist in the opening round, 52-47. The Bison were averaging nearly 80 points per game last season, so Baker’s defensive efforts were solid against OBU. The problem that afternoon was the offense. The Wildcats shot 21 percent from the field and 12 percent from 3-point land in the loss.

Lister told his team after the MNU game, when the Wildcats shot 28 percent from the field, that this was a good opportunity to get their bad shooting game out of the way.

“I told the girls, ‘we got the worst offensive game of the season out of the way so now we don’t have to worry about that because we’re not going to shoot any worse at the national tournament,’” Lister said.

The women will not reflect on the Heart title game for too long. Their sights are set on the national tournament.

“We’re going to close the chapter on this quickly and move on to be ready to play in the national tournament,” Lister said. “It’s going to be an awesome experience.”

“I know it’s spring break week and that makes a little bit of a difference,” Lister said. “We’d love to have people over there to show up and support a great group of girls that have done a lot for our school, our team and our program. I think they’re going to go over there and do some positive things.”