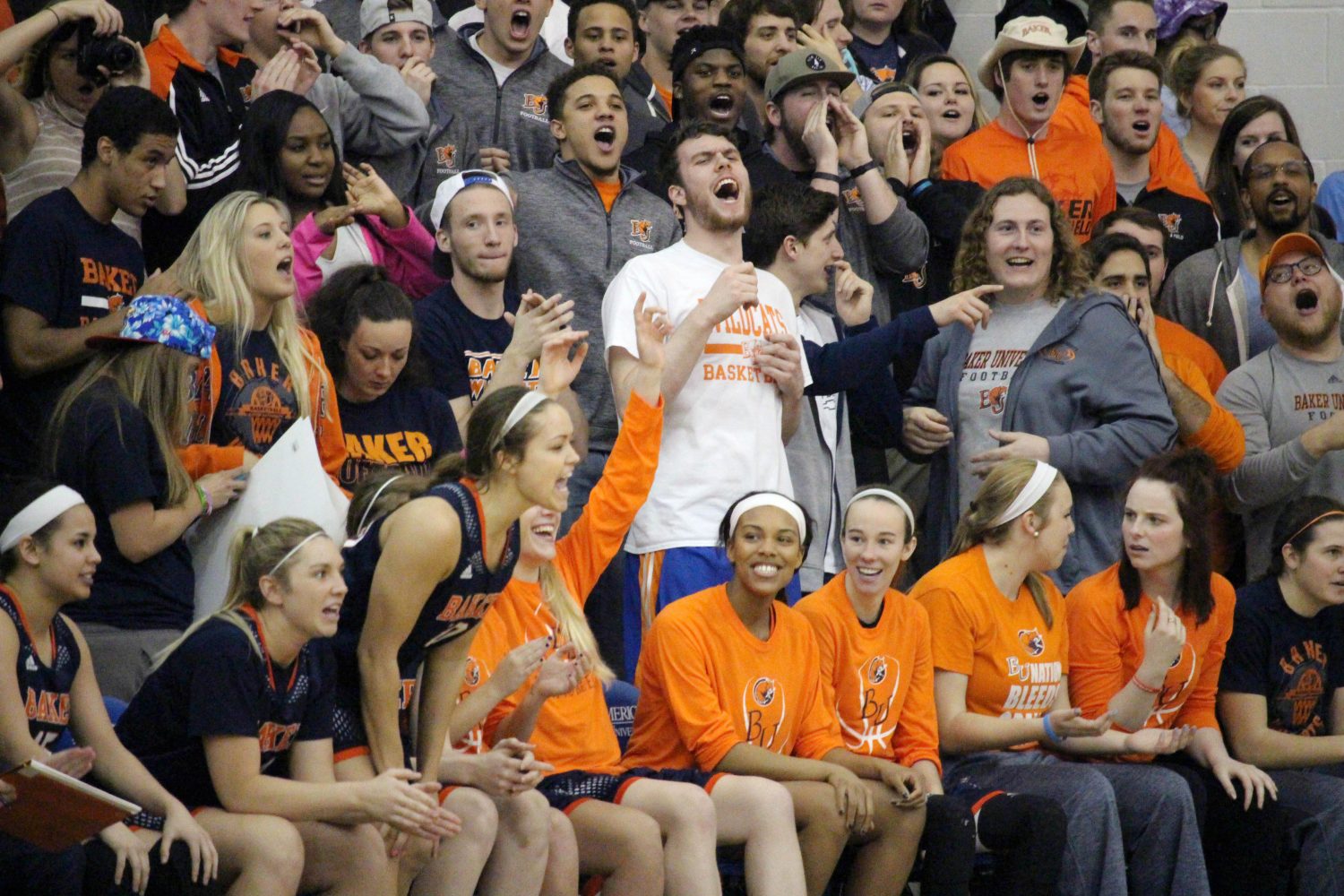 While cheering for the women’s basketball team in the Heart finals against MNU in Olathe last week, I was more than surprised at the student turnout. For the first time since I’ve been at Baker, there was a large, loud, supportive student section for a sporting event.

Our student section rivaled, if not outnumbered, that of MNU’s. When MNU had the ball, you could bet there was a defense cheer being yelled. When their student section yelled out a cheer, we shut them down. Many BU students showed up and actively participated.

Like most students here, I went to a high school where large numbers of students attended all kinds of games to support their peers. Standing in the bleachers under the Friday-night lights to cheer on the football team was like a sacred ritual. One of the biggest reasons many teams love playing at home is because they can expect a large crowd of their peers there to cheer for them, but at Baker, not so much.

When we are asked what sets our school apart from others, one answer often comes to mind. “Everyone at Baker is so involved!” Maybe the feature that attracts so many people to Baker could also be hurting our school spirit. Because everyone goes straight from class to a club meeting to an athletic practice to a study group, there is not much time to support all the cool things our friends are doing.

Don’t get me wrong. I do believe that Baker students support one another. However, I also believe that there is a difference between attending a game every once in a while and actually cheering on your team. Most home football and basketball games have quite a few students in the stands. But when opposing players are shooting a free throw and there’s no student section trying to distract them, I find that strange. The MNU game has been the only time I have ever seen BU students stand up for the entire game and cheer for their team.

It isn’t reasonable to have that large of a crowd at every single game, but I believe that our athletes would love a hyped-up atmosphere more often. Every time an email is sent out saying “the first 100 students get in for free,” I always hope that will be the game when the student section shows up and makes its presence known. Why does it take that email to make students aware that there is a game that night? As students we get into basically everything for free, so why not go?

Next time a friend tries to drag you along to a sporting event, you may want to say yes. You may find yourself making more memories than you would if you were locked away in your room with your nose in a book or typing that five-page paper.

Sports unite people across the entire nation every single day. So if we showed up to support our teams, you never know the ways that we BU students might unite.