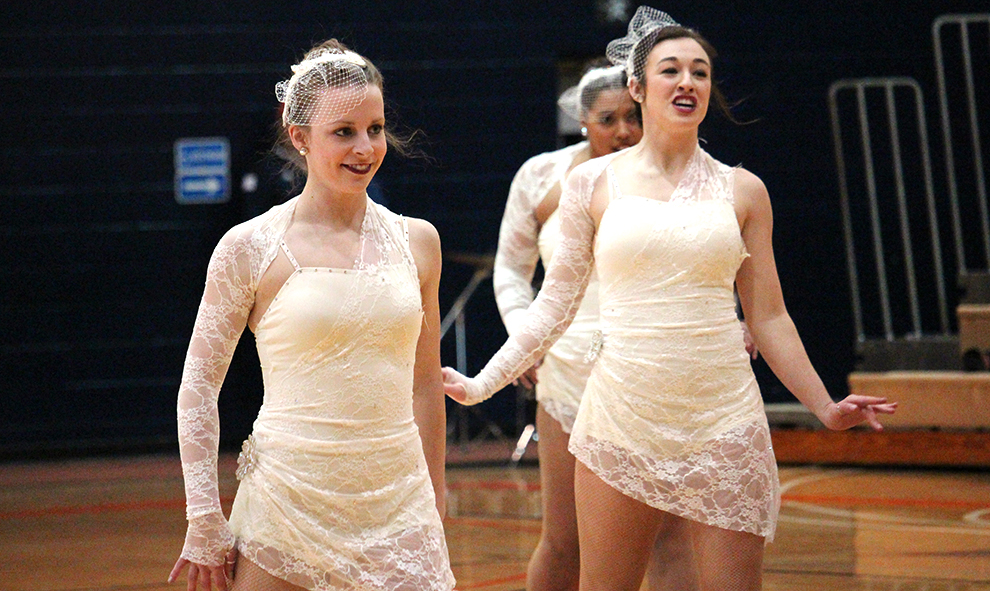 The dance and cheer teams are making final preparations on their routines before they travel to Daytona Beach, Florida, for national competition April 6-10.

Junior co-captain Michaela Jamison thinks the team dance does a good job of showcasing the talent and technique on the team. The team dance routine is set to “I Wanna Dance With Somebody” by Whitney Houston and the jazz dance is to “At Last” by Etta James.

However, Payne is a little apprehensive about the dance because they have not performed it in competition yet.

The top five team scores get to advance to the finals, while the remaining teams compete in the challenge cup against each other for the final sixth spot into finals. Last year, the team won the challenge cup to qualify for the last spot in the finals. They ultimately finished fifth overall and hope to improve upon last year’s mark.

Jamison believes the team has the potential to win it all if they “utilize the upcoming practices and buckle down.”

The cheer team also aims to place in the top five at the national meet, according to senior co-captain Victoria Paul. The team qualified for the national competition last year as well, where they placed fifth in the challenge cup.

The routine must be within the 2:30 time limit. Judges look for traits such as creativity, difficulty level and overall cleanliness of the routine. The routine is performed to a mashup of songs and consists of a series of tumbling, stunts, pyramids, and a dance at the end.

According to senior co-captain Michelle Critchfield, the cheer squad has spent months working on difficult skills to incorporate into the routine. Critchfield says they are trying to improve from last year’s placing by “adding more difficulty to their stunts and pyramids, as well as working on making the routine as clean as possible.”