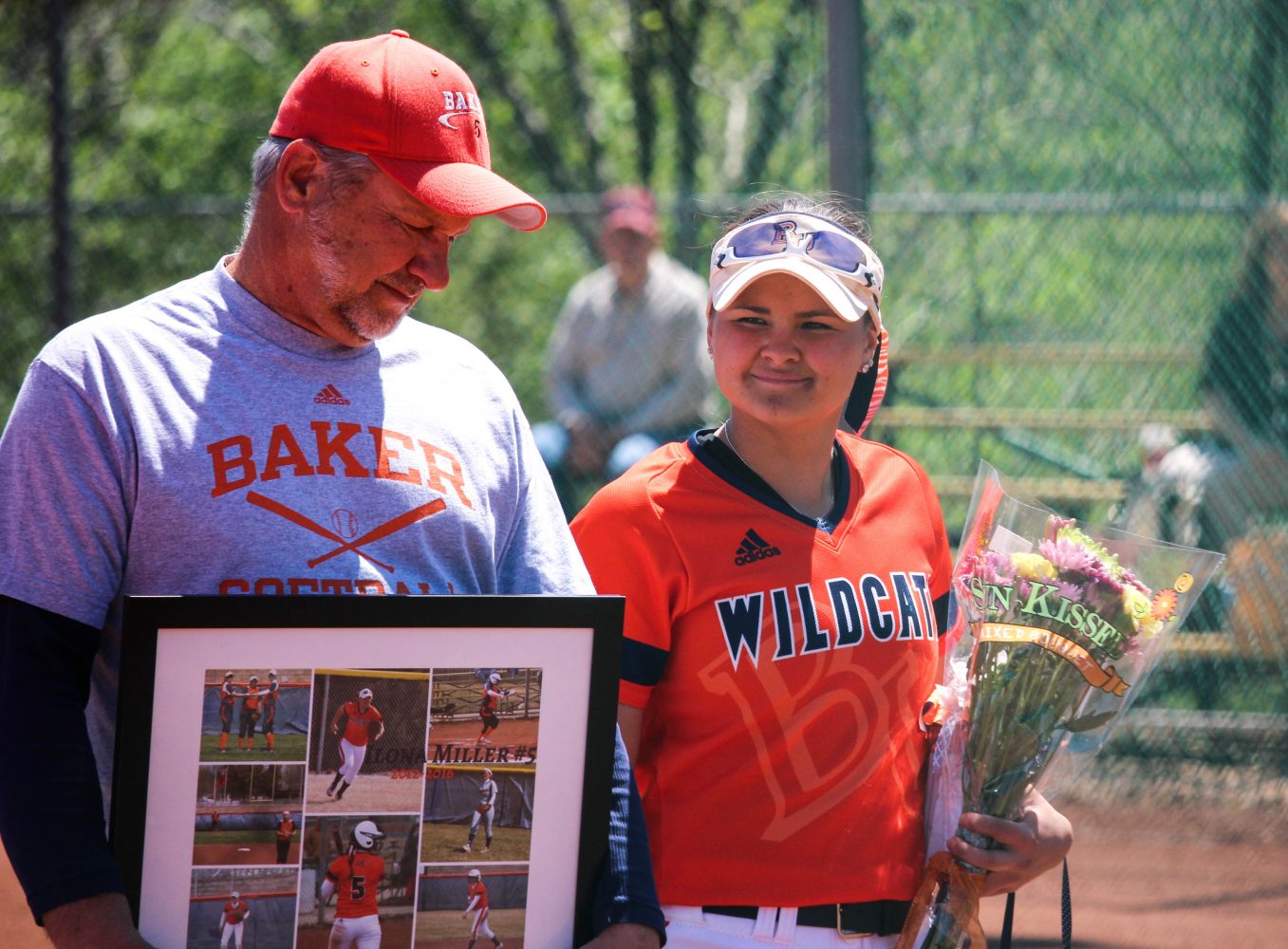 The Baker University Wildcats dropped to 16-6 in Heart of America Conference play after being swept by the Benedictine Ravens on Saturday at Cavaness Field. The Wildcats lost their senior day games 8-2 and 12-2.

Baker now has a seven-game losing streak and is 26-29 overall. The Wildcats sit at 10th place in the Heart of America Athletic Conference standings and will miss the conference tournament.

Benedictine started strong in game one by scoring five runs in the first inning. Baker fired back in the second inning with a home run by freshman Rachel Wheeler, who brought home senior Ilona Miller, making the score 5-2. These two runs would end Baker’s scoring in the first game as Benedictine pitcher Katie Ricklefs would see 28 at bats and only give up seven hits.

“I thought about it before my bat just thinking it would be cool if I hit one because my parents were there and they’ve never seen me hit a home run before,” Wheeler said. “But it never really crossed my mind that it would actually happen, because it’s kind of just a thing if you think about it too much, it won’t happen … She just gave me a pitch that I really really wanted to swing at.”

The Ravens added one run in the fourth inning and two runs in the fifth inning. Benedictine’s Alexis Richardson and Chris Flucke each had two RBI in game one. Baker freshmen Hannah Tolliver and Caitlin Hardgrove each had two hits. Stephanie Cardona, Ilona Miller, and Rachel Wheeler each had one hit.

The second game started with Benedictine scoring twice in the first inning. The Ravens then added one more run in the third. Baker had one run in the bottom of the third.

Hardgrove and Wheeler had two hits and one RBI in the second game. Hannah Tolliver and Lucy Staats had one run each for Baker. On the Ravens’ side, Alexis Richardson and Brooke Lee scored three runs each. Sierra Esau had four runs and three hits.

“We should have done more in the games than we did,” Hardgrove said. “But I think what went well was overall no matter what happened, we all stayed together as a team. No one pointed fingers or blamed other people.”