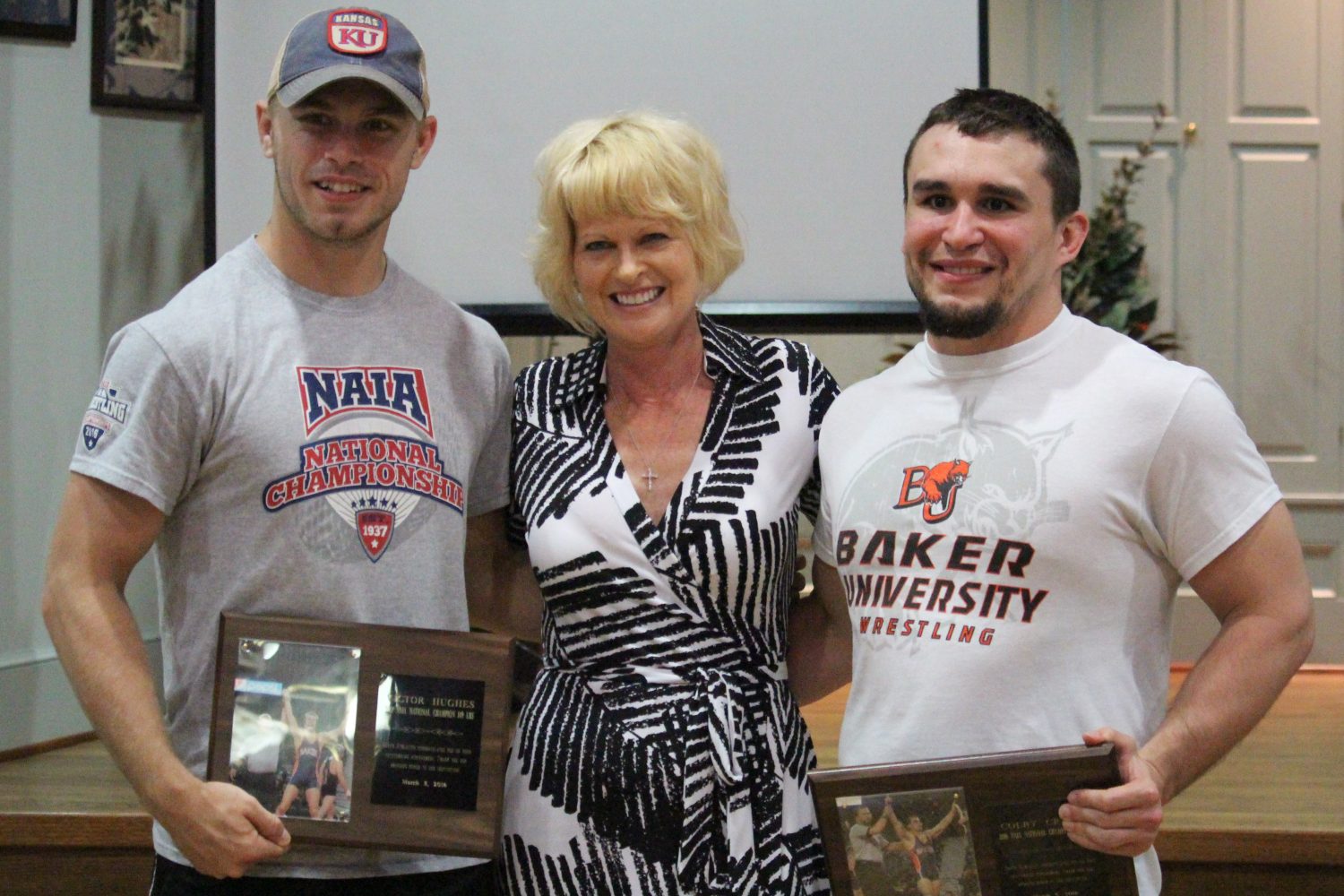 The reception was accompanied by cookies and refreshments. Even though the impending stormy weather was a common topic of discussion, national championships were still the focal point of the gathering. Murray began the reception by thanking those in attendance and expressing her appreciation to the wrestlers for their hard work during the season.

Yetmar was next and talked about her background in the sport of wrestling coming from Iowa, where the two most important sports were wrestling and football. She went into detail about Crank and Hughes’ accomplishments before presenting them with individual plaques.

Garcia then took the microphone and said that these championships “were just the start of something special.” He described how awesome it was to be able to see the support of those at the national championship tournament in Topeka.

“I really appreciate everyone being here supporting this group and we’re celebrating two national titles, but there’s amazing stories thought this whole lineup — the adversity most of these guys faced, the things we went through as a program,” Garcia said. “Just coming from having three all Americans that weren’t able to be on the team this year with injuries, transfers, just a lot of things going on, but these guys represent this program and understand the things that we’re going to need to do to get to the next level and talk about being a top-five program.”

The reception ended with a video of the wrestlers’ time at the national championship, including highlights of their matches and celebration pictures after the announcement of the winners. The wrestlers then left the reception, not to relax or work on homework, but to head to practice.