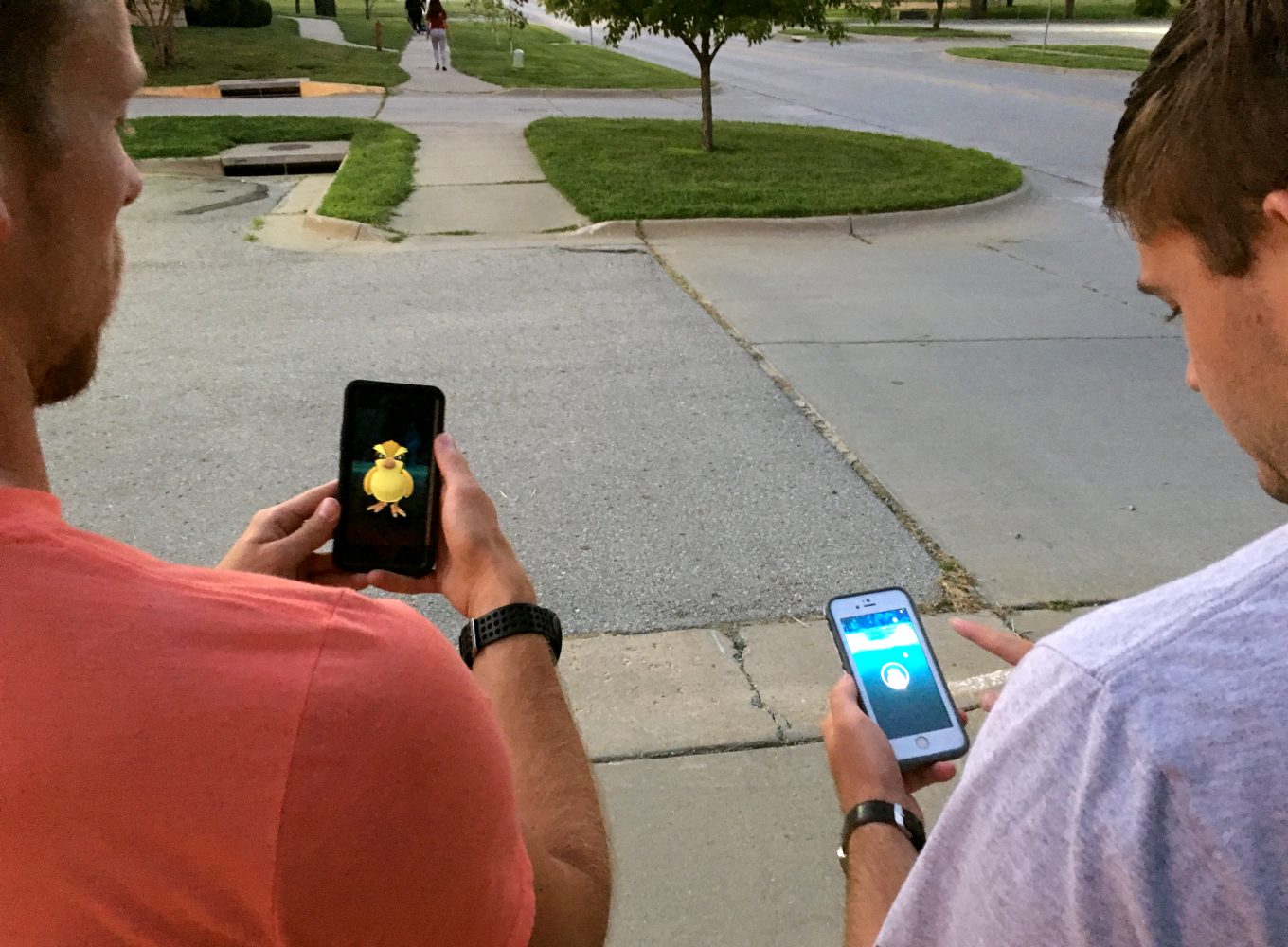 Baker University has seen not only an invasion of Pokémon in the area due to the launch of the mobile gaming application Pokémon Go, but also trainers both young and old out and about trying to catch those Pokémon.

Whether people see Pokémon Go as a new way to experience reality or just another passing phase, it is hard to deny the impact the game has created. Anyone who is skeptical of the effects should take a stroll outside or walk down Massachusetts Street in Lawrence. It seems as though every group of people you come across have their phones out. In passing you might catch a piece of their conversation that include quotes like, “Let’s walk up here to this Pokéstop” or “I’m so sick of catching these stupid Zubats.”

Gage Kiesling, a student at Baker who lives in Baldwin City during the summer, has noticed an increase in activity on campus since the game’s release.

“Nice days and especially at night there are herds of people out around campus and you can easily tell they’re playing,” he said.

Kiesling finds time to catch Pokémon during his walks with his puppy.

“The only time I’ll play an extended time is when I take my puppy for a walk around campus. Also, sometimes I meet up with fellow Team Mystic members Matt Bush and Trevor Linger and we go search for Pokémon and run gyms together.”

Baldwin City had its own Pokémon Go gathering on July 15, with the purpose to get people downtown for the first Art Walk of the summer. This gathering included participants meeting other players, dropping lures which attracted Pokémon and walking past 25 different Pokéstops.

Campus security officer Bill Dewey has noticed an increase in people at Baker’s campus this summer due to the game, and it hasn’t been just students.

“People in their 40s, people of all ages. All ages are playing it, then you have the parents bringing their kids out, it’s really everybody,” he said.

Since the release of Pokémon Go, the internet has seemed divided between those who love and support the game and those who find it utterly annoying and dangerous. With every new game released, problems tend to arise, many of which are explainable and fixable.

Pokémon Go uses Google Maps API, which allows users to search for Pokémon in real time using their location. One of the main complaints with this gaming breakthrough is the rapid depletion of battery life on user’s phones. A solution to this problem has been created by downloading the maps from Google, thus allowing players to use those maps offline, saving battery and data.

Other Pokémon Go users have seen difficulty in logging in or the app frequently crashing. These negative effects are due to the gigantic mass of people trying to play the game at one time. Just two days after the app’s release, it was already installed on 5 percent of all Android devices in the United States according to US Android App Data.

It seems as though people are looking for Pokémon more than they are looking for love. According to recent reports Pokémon Go now has more users than the popular dating app Tinder.

Due to the aspect in Pokémon Go that makes you walk to hatch Pokémon eggs, people have no choice but to go out and get active. The game also senses when you’re driving, which means one isn’t able to cheat their way to hatching eggs.

Pokémon might even become the next Netflix and Chill. When someone has exhausted all the options on their Netflix queue they now have the option to invite friends out for a drive around the town to see what Pokémon might live in the area.

However, with Pokémon Go, comes great responsibility. Countless traffic accidents have been reported due to people playing Pokémon Go while driving. On the other side of the spectrum, people have also been hit by cars due to not paying attention while catching Pokémon.

It is important that one stays vigilant when playing Pokémon Go. Police departments have seen increased calls about trespassing or suspicious activity due to the game. It is important to always be aware of one’s surroundings when playing the game. There have been reports of people putting down lures to attract people in order to rob them.

Whether you chose to test your luck as a Pokémon Master or pray for this game fad to come to an end. Take a moment to enjoy the nostalgia this game is creating for people. Many of those who have downloaded the game remember playing Pokémon on their Gameboys when they were kids. Enjoy this blast from the past with a modern twist and Happy Catching.