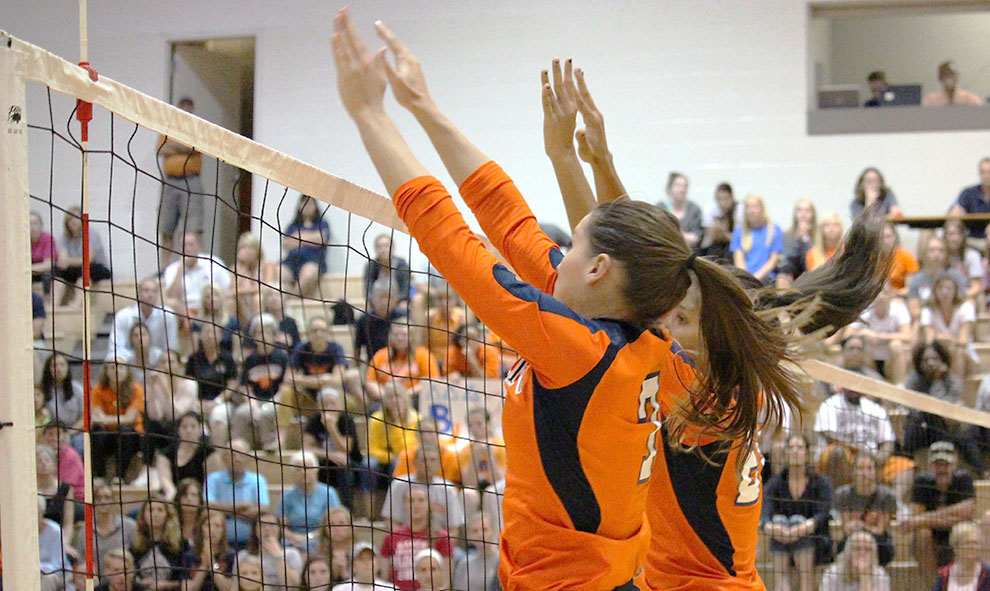 2015 wasn’t the season the Baker volleyball team had hoped for. The Wildcats finished with an overall record of 16-15 and a conference record of 6-5. The team saw an early exit in the first round of the 2015 Heart of America Athletic Conference Tournament to end the season. The Wildcats will begin their 2016 schedule with tournaments away from home and will not play at home in the Collins Center until Sept. 9.

Haleigh Offield and Elizabeth Arnold will be the only returning seniors. Offield played in 29 matches last season while Arnold played in 27. Other returners include all-conference honorable mention player Jenna Sackman, who led all Wildcats with 658 assists and averaged 5.77 assists per set in the 2015 season.

“We have seven new players, two freshmen and five transfers,” junior Brittney Diehm said. “Ali Clark has come in as our new libero and many players have moved around on the floor and new players have filled seniors’ positions,”

The Wildcats will lose second-team Heart of America Conference players Danielle French and Natalie Minchow. In all of French’s seasons at Baker she was named to the all-conference team. Minchow finished the season with the team high of 260 kills. The Wildcats will also lose Shannon Bond, who played in 27 matches last season.

Baker traveled to Orange City, Iowa, to compete in the Northwestern Invitational to open the season. The ‘Cats ended the tournament 1-3, but their biggest match of the weekend was an upset of No. 24 Northwestern in five sets. The team looks to bounce back at the next tournament in Bellevue, Nebraska.

The Wildcats welcome new head coach Matt Windle, who served as lead assistant volleyball coach at Baker to former head coach Kathy Allen. Diehm said having a new coach for the season has boosted the team’s energy and focus. A successful season for the Wildcats might be making it to the Heart of America Athletic Conference semifinals.