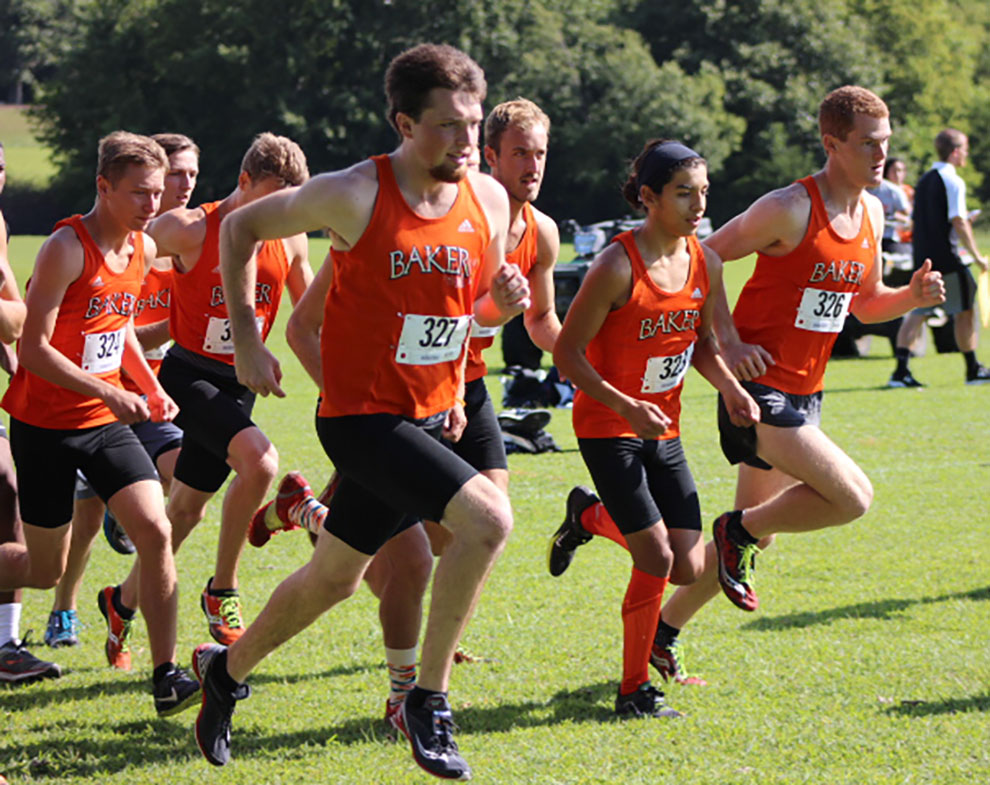 The Baker men's team takes off for the start of the Maple Leaf Invitational on Saturday, Sept. 3, at the Baldwin City Golf Course.

On the men’s side, freshman Greg Flores took second with a time of 16:36. His performance earned Flores the Heart of America Athletic Conference runner of the week honor. Junior Joe Linder finished right behind his teammate in third place. Andrew Dare and Jamie Steury also finished in the top 10 for Baker.

Jenna Black, Bailey Horlander, Annie Schmucker and Shelby Stephens all finished in the top 20 for Baker.