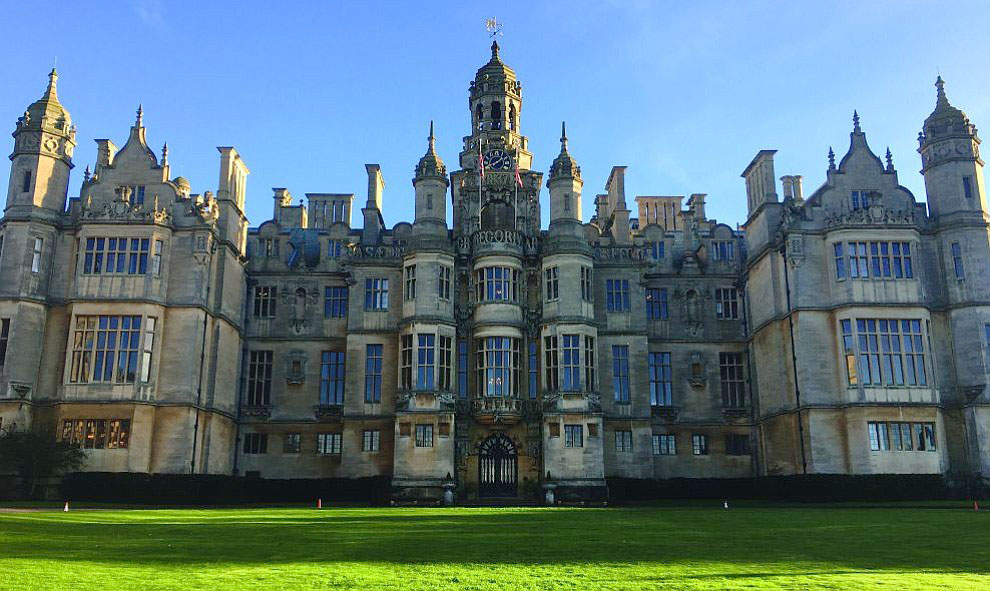 In reaction to the increased student interest in the Harlaxton College study abroad program for the 2016-2017 term and a subsequent hole in the university’s budget, Baker University has changed the financial aid package for future program participants.

An email from Director of Study Abroad Robyn Long to the student body noted that any Baker scholarships to help pay for the program would be replaced with a smaller $5,000 maximum in student aid during the 2017-2018 school year.

“We all recognize that this will have an impact on participation in Harlaxton, and I am sorry for that,” Long said. “I don’t think it will reduce interest at all, and, we hope, being allowed to use $5,000 of [students’] Baker aid in conjunction with outside aid and careful planning will still seem like a tremendous help to study for a semester in Europe.”

After nearly 30 years of a much easier tuition exchange process for BU students to attend Harlaxton, this is the first time that Baker administration has grappled with financial sustainability. This comes at least partly because of BU students’ increased interest in the program for the 2016-2017 school year, as 30 to 40 students will spend the semester in England for the current school year versus the typical 12 to 15 students.

Students with a 3.0 GPA or higher will be able to apply for the program and will be offered the $5,000 of aid off of the $20,000 per semester price tag of Harlaxton College. Students with a GPA of 2.0 to 2.9 may apply but will receive no aid, while students with a GPA below 2.0 are not eligible to study abroad.

Students have a slightly different perspective, as it is a major reason why the Harlaxton program has traditionally been chosen. Not only have scholarships and financial aid transferred over, but also the transfer of all credit hours taken while abroad allow for the ease of transition between semesters while keeping students on track for graduation.

Sophomore Caringtyn Julian, who was looking forward to studying at Harlaxton during the upcoming spring semester, recently withdrew her application due to financial reasons, although not because of the changes to the financial process for the following school year. Julian and her family realized that even the current price differential between Baker and Harlaxton, though slight, was more than what they expected.

“It’s unfortunate that money is a factor,” she said. “There are so many changes that come about when you realize that Baker is not the only thing in the world. A lot of people come here because they see the opportunities of traveling during interterm or to Harlaxton. With these changes, you are potentially cutting off so many people from studying abroad.”

Interterm, however, is an area that Long hopes will grow after this financial change. In addition, she noted that Harlaxton offers a summer program that is roughly a fourth of the cost of a semester. It is a shorter 5-week program, costing students approximately $5,000 while earning them three to six credit hours and allowing them to experience traveling Europe.

“We should be grateful that Baker is even letting us use our financial aid toward something like this,” junior Miranda Lindmark, who will be studying abroad at Harlaxton in the spring 2017 semester, said. “I know this is not always the case at other schools. I am very excited for my experience and glad that Baker has given me the opportunity to do something like this.”

Though the future of the program’s cost to Baker students remains unknown following the 2017-2018 school year, it is certain that the financial ease of studying abroad at Harlaxton will not be the same.

“I am grateful for the chance to address student questions,” Long said. “We remain a partner institution with Harlaxton College and look forward to preparing students for Harlaxton and other semester-long programs for the 2017-2018 school year.”