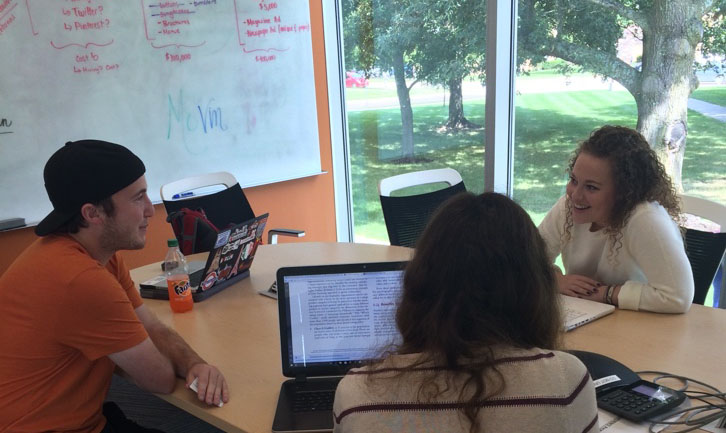 The study rooms in the Long Student Center are open to students again.

After a study room was vandalized in the Long Student Center this summer, the doors had been locked by campus security in order to prevent further damage. This caused some students to believe they had to make appointments in order to utilize the rooms. Dean of Students Cassy Bailey said she was unaware the rooms were ever locked until a distraught student came to her office and voiced his opinion on the matter.

She said the rooms were locked by security after the incident of vandalism during the summer. She said now that the fall semester has started, the Long Student Center is open during business hours and virtually anyone can walk in and use the rooms.

“Someone had picked at the chairs and written inappropriate messages on the dry erase board,” Bailey said.

There is no way to know if the vandals were students, so security personnel decided to lock up the rooms. However, now that the fall semester is underway, the study rooms have now been unlocked and will remain so.

“Even though we’re already a smaller campus, it’s really nice to have a quiet and private place to study,” she said.

Morris also said the dry erase boards are especially helpful since one cannot find them anywhere else on campus except for classrooms.

Bailey said the students need not to be stressed as the rooms will remain open for all Baker students.