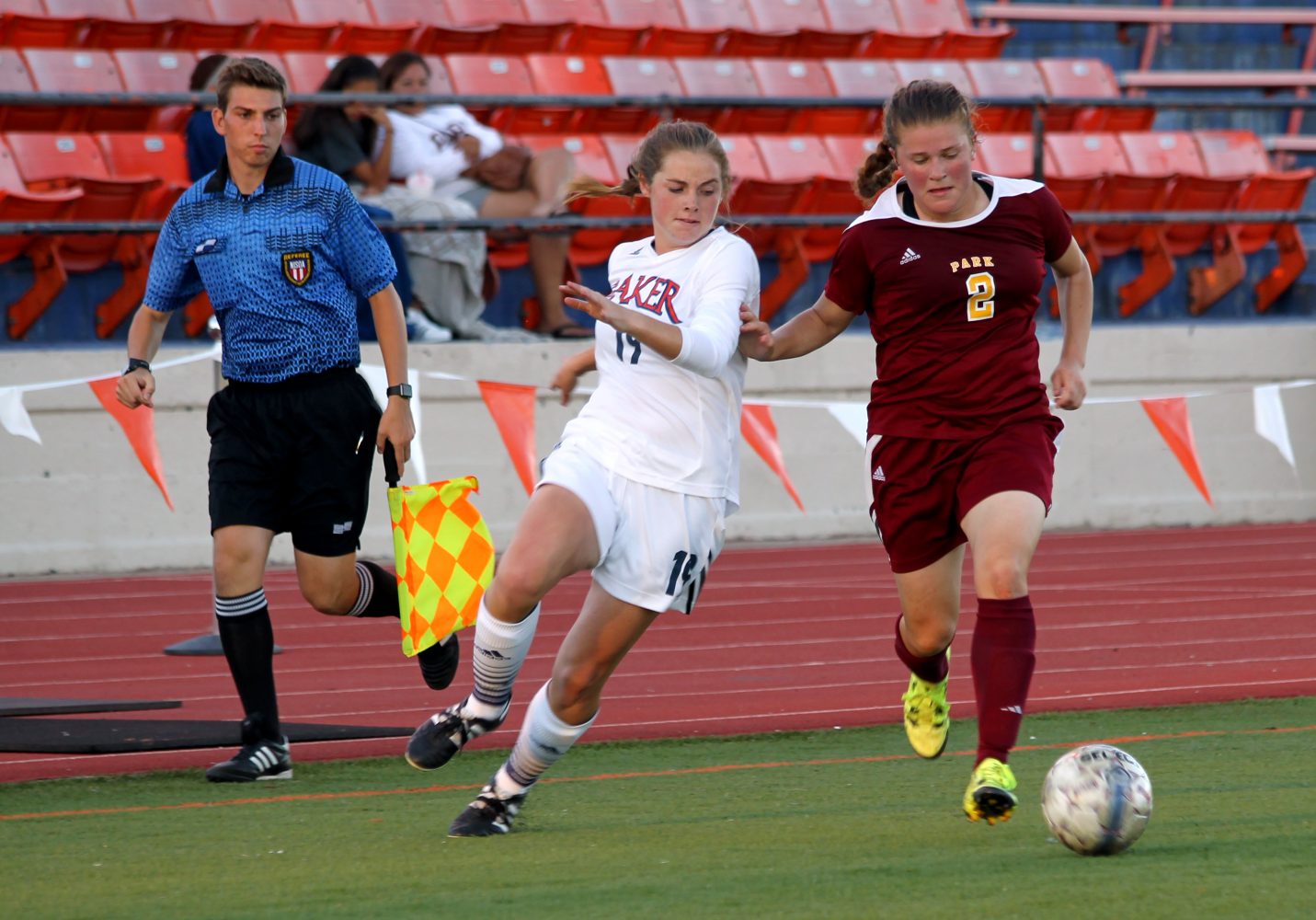 The Baker women’s soccer team has hit its stride heading into conference play in the upcoming weekend. The Wildcats shut out Ottawa 3-0, displayed a dominant offense in a 5-1 win over Park, and secured a 3-2 road win against Mid-America Christian.

Baker began its winning streak with a shutout victory against Ottawa on Sept. 7, improving its record to 2-2.

After an early goal by Erica Esch was called offside, Heart Offensive Player of the Week Krista Hooper was the first to score for the Wildcats, bringing the score to 1-0 in the first half.

The second half saw two goals from the Wildcats, one in the 77th minute by Megan Johnson, and another from Hooper in the 81st minute. Both goals were assisted by Katie Hibbeler.

The Wildcats then picked up a commanding 5-1 victory over Park University on Sept. 10 at Liston Stadium.

The Wildcats opened up their scoring with a goal by Megan Johnson in the third minute, assisted by Keeley Atkin. Baker outshot Park 17-10 during the match, while Park out-fouled the Wildcats 8-4.

The Pirates fired back in the 30th minute with a goal by Emily Key.

Baker finished its dominating display of offense with a late goal in the 86th minute by Sierra McKinney.

The Wildcats then took to the road to face MACU on Sept. 13 in Oklahoma City.

The Evangels were the first to score with a goal by Keanni Barnes in the 26th minute. Baker quickly answered with a goal by Hooper assisted by Hibbeler in the 30th minute.

The score remained tied 1-1 through the end of the first half.

The Wildcats then scored in the 60th minute due to an own goal by MACU. The game was tied again after a goal from 30 yards out in the 82nd minute by MACU’s Angelica Ceballos.

Baker had the last say in the game with a late goal by Dieringer in the 88th minute to end the scoring of the night at 3-2.

Baker had 24 shots during the match, 12 of which were on goal. Hooper led the Wildcats with three shots on goal and five shots total.

After Baker’s winning streak the last three games, the Wildcats end their non-conference schedule with a record of 4-2. Baker will begin conference play this Saturday at Clarke University in Dubuque, Iowa.