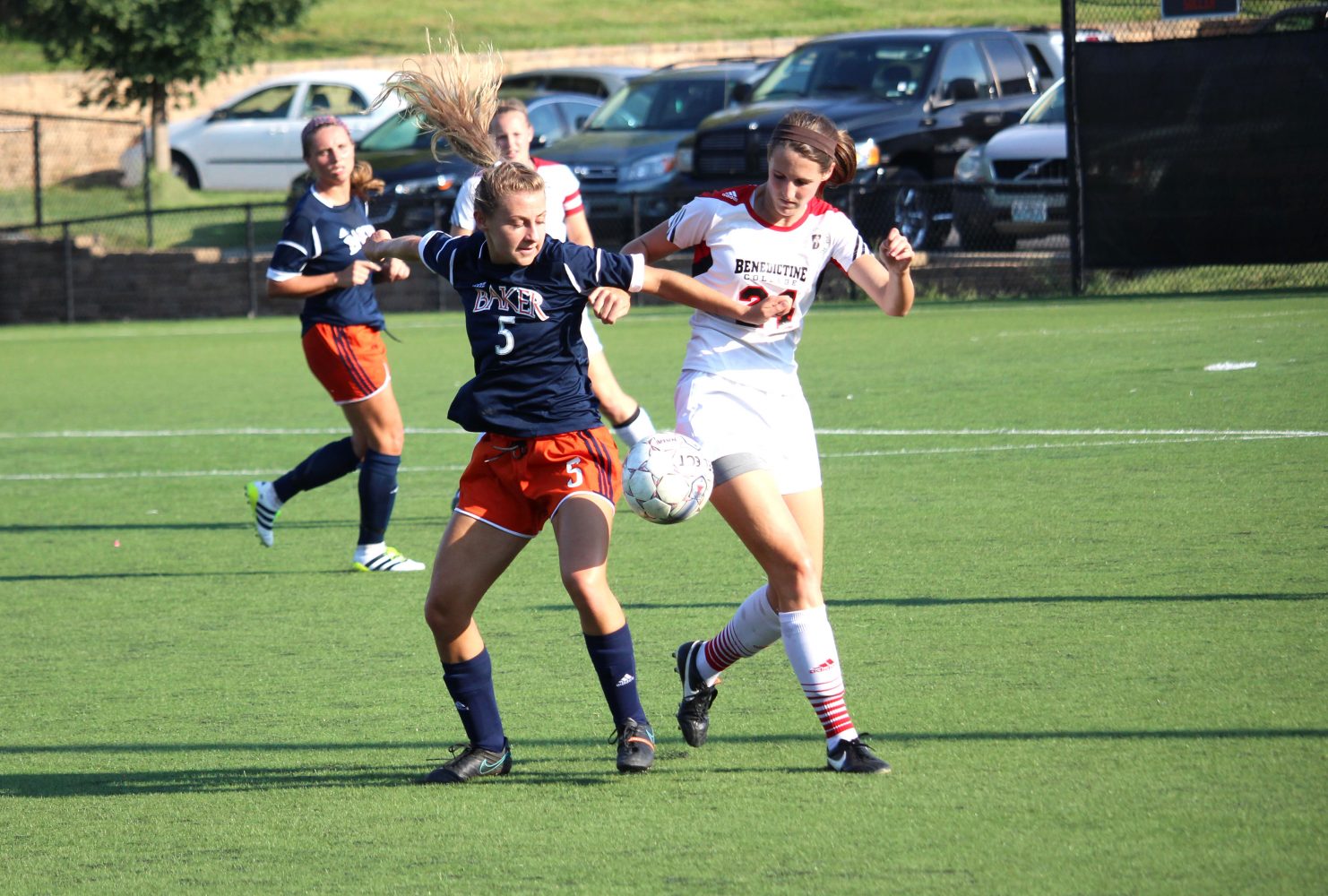 Freshman Erica Esch steps in front of Benedictine defender Hailey McEntee to gain control of the ball during Baker's 3-0 loss in Atchison on Sept. 21. Image by Bailey Conklin.

The No. 16 ranked Baker women’s soccer team fell to the No. 9 ranked Benedictine 3-0 in Atchinson on Wednesday. The Wildcats weren’t able to answer after the Ravens scored all three goals in the first half.

An early goal in the sixth minute by Benedictine’s Tori Sanders set the tone for the game. Baker was held to just five shots in the first half.

Benedictine struck again in 37th minute with a goal by Liz Intfern assisted by Rosie McShane, which was ollowed by another goal scored by Abbie Hair. Each goal was the first of the season for the three Benedictine players.

With the Wildcats’ loss, they are now 1-1 in conference play, 5-3 overall.

Baker will return to Liston Stadium to face Culver-Stockton College on Saturday, Sept. 24, at 6 p.m. Culver-Stockton is 2-0 in Heart of America Athletic Conference play after picking up victories over Benedictine and Clarke University.