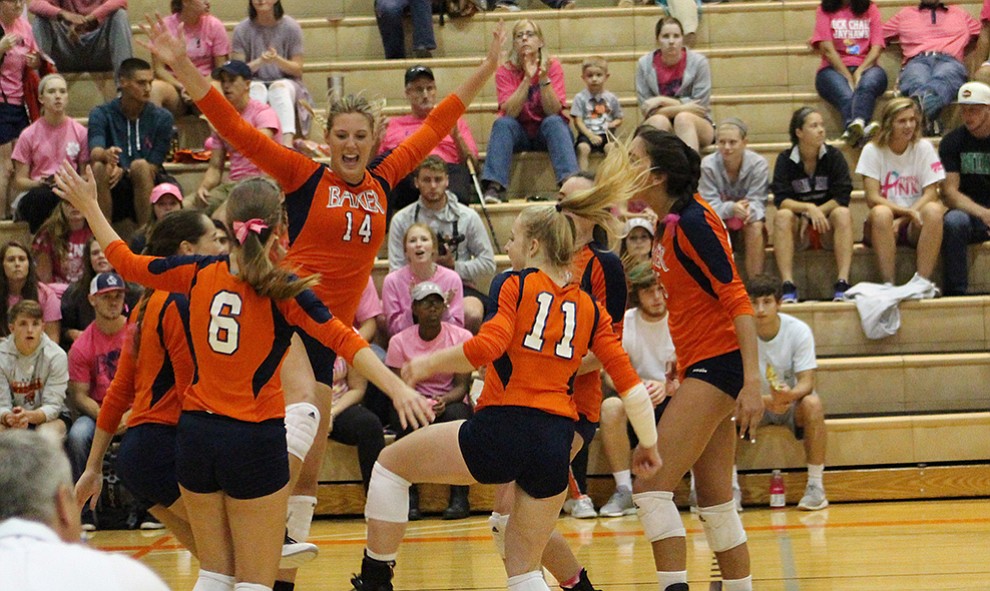 Sophomore Olivia Brees celebrates a point for Baker. The Wildcats won the match in four sets. Image by Elizabeth Hanson.

After a slow start, Baker won the first set by eight points, the largest win margin of the night. Benedictine then took the second set, but the Wildcats fought back to take the match in the third and fourth sets.

Baker out-blocked Benedictine 8-2 in total team blocks. Brees assisted in four of those blocks, adding to her season total of 48 block assists.

The Wildcats have played through a tough schedule this season, but hope the momentum of this conference win will carry on to the rest of the season.

“We’re confident that because of a tough schedule in the beginning of our season we will be able to move forward and be successful the rest of the season,” junior Madeline McCrary said.

McCrary and the Wildcats will travel to Lamoni, Iowa, to take on the Graceland Yellowjackets on Friday. Graceland currently sits at 10-11 overall and 0-4 in the Heart.