New coach hopes to be an ace for tennis program 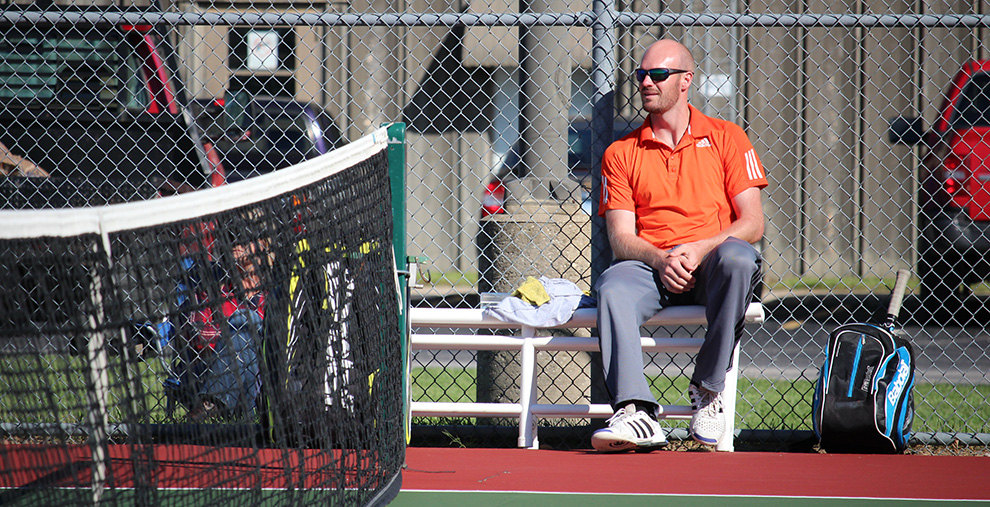 Baker University has turned to a recent alumnus to lead the tennis program. Keith Pipkin, who graduated from Baker in 2011, is the new coach for both the men’s and women’s tennis teams.

As an undergraduate, Pipkin first played at Johnson County Community College before joining the Baker tennis team. After graduation, he was an assistant coach under Joe Ahmadian before becoming head coach for the boys’ team at Baldwin High School.

In 2015-2016 Pipkin was the head coach for both girls and boys at his alma mater, Lawrence Free State High School. While at Free State, Pipkin led four girls and five boys to the state tournament, producing the best girls’ tennis season in school history. Four of the five boys placed at the state level.

Now Pipkin is set to lead the Wildcats.

“I literally could not be happier to be coaching 20 minutes from where I live and grew up,” Pipkin said.

When asked about what improvements he hopes to bring to the Baker tennis program, Pipkin said, “The big thing I came focused on was mental toughness. You got to be able to play throughout a match. To be a year-round player, you need mental toughness to get through it.”

Current BU players have now had a chance to attend practices and compete in fall matches under their new coach.

“My first impression of Keith (Pipkin) this year when he introduced himself as our head coach was that he had a lot of energy and enthusiasm,” senior Jamie Myers said. “I could tell that he has big goals and big plans ready for our team to accomplish.”

Some players had initial doubts about how Pipkin would adjust and find time for both the men’s and women’s teams.

“He finds the right balance between both the men and women. We all practice at the same time,” sophomore Elliott Wiskirchen, who is a transfer from Northwest Missouri State University, said. “In the beginning many of us were questionable about practicing all at the same time due to our lack of courts, but he made it work.”

Players are optimistic about the BU tennis program.

“I think coach Pipkin has the right amount of energy, knowledge and creativity to be a really fun and great coach,” Myers said “I’m excited to see where the future takes the tennis teams after I graduate. I have a pretty good feeling Baker tennis is going to do some really awesome things after Keith has more experience as a collegiate tennis coach.”