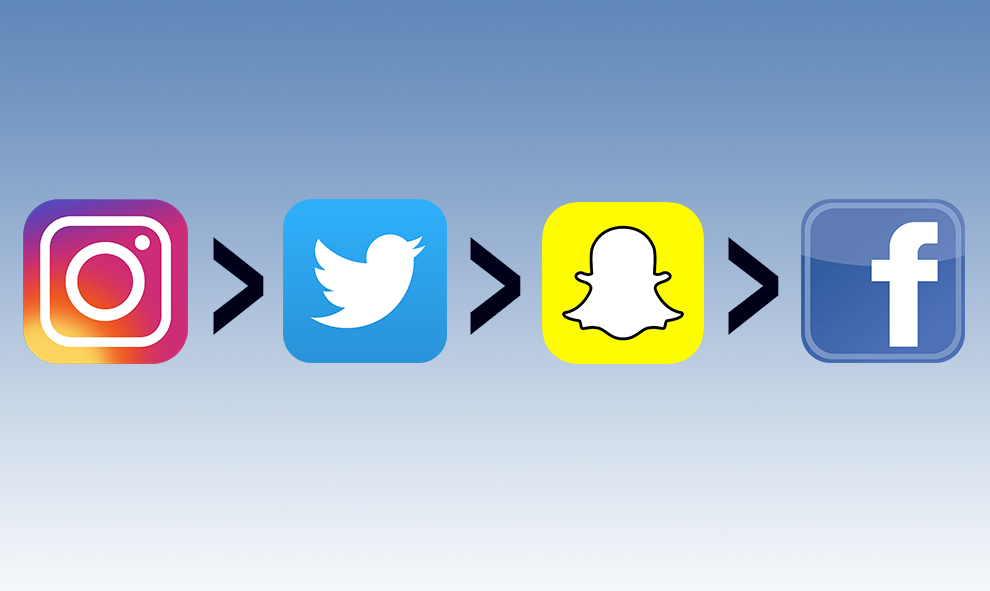 A recent informal survey of 100 Baker students shows that Instagram is the most preferred social media platform when compared to Facebook, Twitter and Snapchat. Receiving 34 percent of the vote, Instagram was many students’ favorite platform because of its emphasis on visuals.

For many BU students, the selection of one social media platform over the others was not an easy task, as all four provide for different opportunities to stay fully up-to-date. With each platform providing a different interaction with news, friends, family and society, some students noted why certain platforms are more their style.

Some students said that Twitter, taking second place with 27 percent of the vote, was more effective in conveying information more efficiently. This largely fits into the current cultural use of social media. An early 2016 survey by Pew Research Center showed that nearly 62 percent of American adults obtain their news from social media such as Twitter, an increase from 49 percent in 2012.

“Although I enjoy viewing my friends’ pictures and posts on Instagram and Facebook, I enjoy the wide variety of content I get on Twitter,” junior Austin Johanning said. “I can get content not only from my friends but also from news outlets and various other accounts.”

Snapchat, the newest of the four platforms, has captured the younger social media demographic with nearly 100 million daily active users. It allows users to send text and photos to their friends for a short amount of time.

“You actually know the people you have on Snapchat,” senior Jamie Steury said. “It captures moments and experiences better.”

Though only receiving 14 percent of the vote, Facebook generated the most comments from students. As the oldest of the four platforms, Facebook permits its users to post photos and status updates, keep up-to-date on friends’ lives and stay informed in their different social groups.

“I prefer Facebook over the other social media platforms because you don’t necessarily have to post to stay ‘active,’” junior Catey Payne said. “It is the easiest to stay involved with friends and family. Plus, tasty videos are a nice perk.”