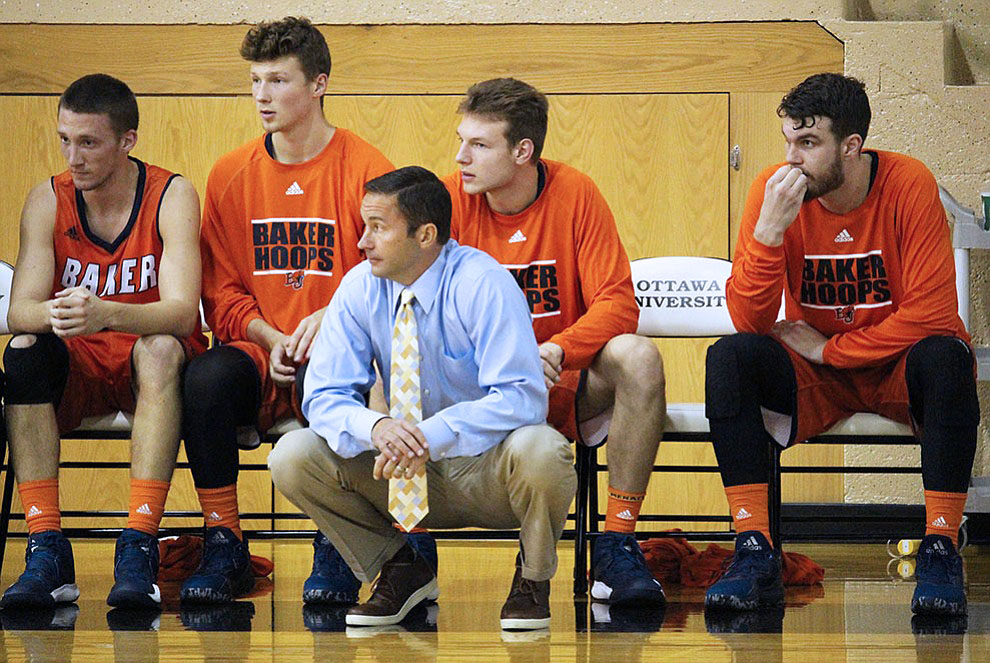 After leading the team in nearly every major statistical category last season, senior Javeion Gray is still finding ways to elevate his game and help a young Wildcats’ team that finished 12-17 last season.

“For one, (head coach Sean Dooley) has come to me and asked me what I think needs to be changed or improved and is having me call plays, when before I would just listen to what he told me to do,” Gray said. “He’s trying to get me to understand the game on a broader scale, and I think that’ll help my game.”

Gray and the Wildcats are already off to a good start, as they defeated Ottawa 78-64 on Tuesday night.

As the team’s sole member of last season’s Heart All-Conference team, receiving honorable mention honors, Gray is also looking to become more of a vocal leader to the many young players on the roster.

“I see a lot of upside to this team, but at the same time, I see how our immaturity could bring us down a notch,” Gray said. “I feel like sometimes when we come to practice, not everybody is focused. We come out with a lot of energy and enthusiasm, but we can’t have those mental mistakes.”

“Cam is so tall and long that there are times in practice where he gets almost every rebound,” Gray said. “Vandy has a big, wide body and can jump, so that will definitely help down low, and Brett not only has the size to go down in the post, but he has a good 3-point shot as well.”

The Wildcats should have a surplus of outside shooting. The Wildcats finished fifth in the NAIA last season in 3-point percentage, making more than 39 percent of their attempts from deep. The other newcomer receiving Gray’s praise, junior Tyree Peter, does his work in the post, averaging a double-double in points and rebounds last season for North Platte Community College.

“Tyree has deceptive size and strength, also with a lot of athleticism,” Gray said. “He knows how to use his body very well, and he has a good pull-up jumper from mid-range.”

With all of these fresh faces, Dooley still hasn’t set a definite starting five.

“We’ve been mixing and matching a lot in practice,” Gray said. “It’s all a matter of finding the perfect five to complement each other on the court.”

Gray led the team in scoring in the season-opening win at Ottawa on Tuesday, shooting a perfect 5-for-5 from the field and scoring 13 points. Gray also dished out three assists without a turnover.

In his first game for Baker, Elifritz scored 12 points with seven rebounds. Senior Tyrome Parker scored 12 points and Peter reached double digits with 10 points and two blocks, helping the Baker bench score 48 points. The Wildcats held Ottawa to a bad shooting night, as the Braves made only 32 percent of their field goals on the night.