Men’s soccer gets No. 3 seed for postseason 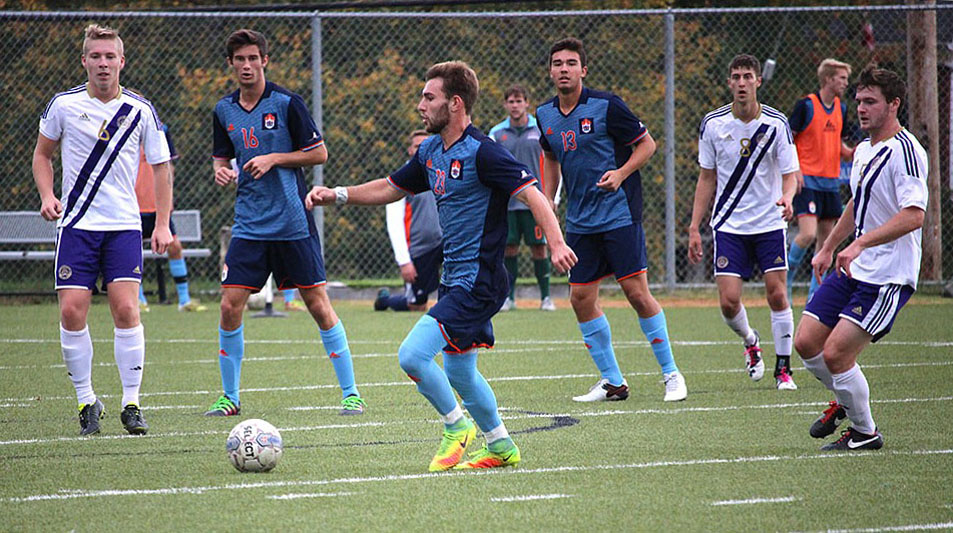 The Baker men’s soccer team heads into postseason play with a No. 3 seed in the 2016 Heart of America Athletic Conference tournament.

After finishing the season 13-3-2 overall and going 9-1-2 in conference play, the Wildcats will now face the Grand View Vikings at 7 p.m. on Saturday at Liston Stadium.

In their previous meeting this season, Baker defeated the Vikings 4-0 at Liston Stadium.

The Baker men’s soccer team finished its regular season run Oct. 26 during senior night at Liston Stadium. After a six-game winning streak, the Wildcats lost 4-3 in overtime against Missouri Valley.

The team honored 13 seniors that night and saw goals from two of them, Kyle Young and Keaton Anchors. The first goal of the night came from sophomore Steeve Pouna, his ninth of the season.

Missouri Valley handed the Wildcats their only loss in Heart of America Conference.

Anchors believes the mixture of experienced seniors and newcomers has played an important role in getting the Wildcats to where they are at this point in the season.

“It’s very important having experienced players on the field,” Anchors said. “We have been in almost every situation before and know how crucial the remainder of our games are. I think up to this point the younger players have done a great job of coming in and learning that importance.”

Along with an impressive regular season, the Wildcats also had seven athletes named to the All-Conference teams. Pouna and senior Spencer Atkin were named to the first team.

Pouna leads the team with nine goals and 32 total shots, while freshman Peyton Brown leads the team in assists, while also ranking No. 5 in the NAIA for total assists.&lt;br/&gt;

The team has seen a total of 32 yellow cards this season, something that Anchors thinks is “part of our team identity.”

“A lot of teams don’t want to play us,” Anchors said. “As a group, we are bigger and stronger than most of the teams we have played. Some of the yellows were questionable, and some were mental errors.”

While the Wildcats were not able to capture the regular season crown, they still have the opportunity to capture a Heart tournament championship, which will give them an automatic bid into the NAIA National Championship.

“Everyone is much more focused,” Anchors said. “For the seniors it’s probably the last time we will play soccer close to this level. I’m trying to enjoy it as much as I can, and leave it all out there before it’s gone.”