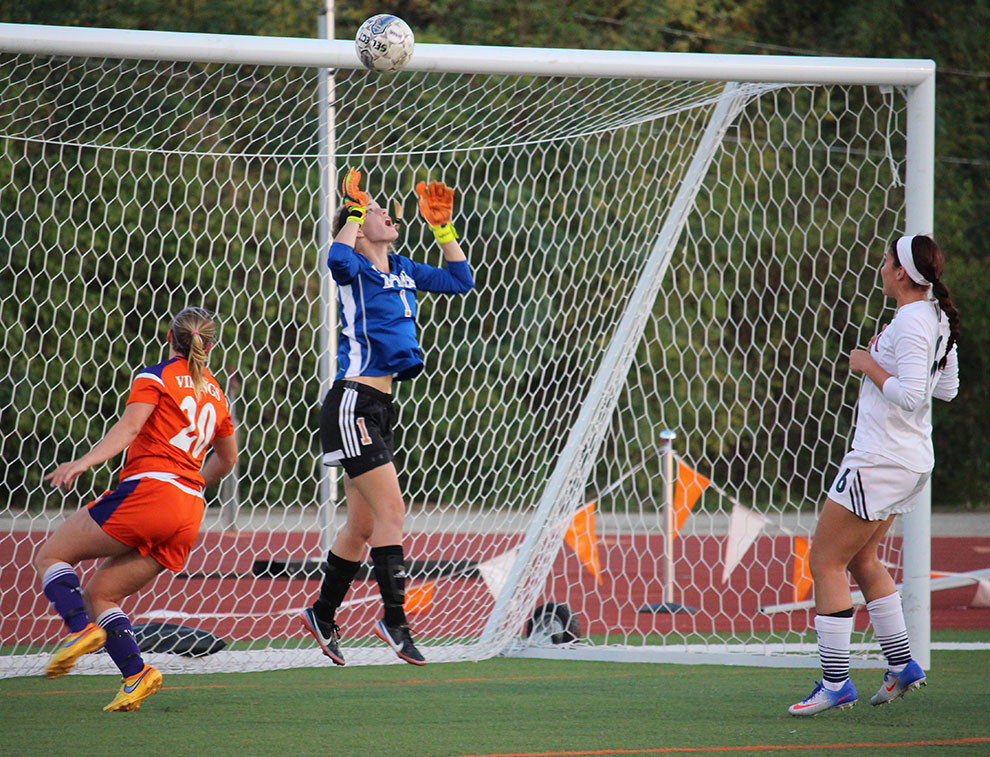 Goalie Rachel Hunt jumps to prevent a Missouri Valley goal. Hunt registered a shutout in the game on Oct. 26 at Liston Stadium. Image by Jenna Black.

The stage is set for the Baker women’s soccer team, which is on a 10-game unbeaten streak, to begin its postseason run in the 2016 Heart of America Athletic Conference Tournament.

After completing the season 13-3-2 overall and 9-1-2 in the conference, the Wildcats finished second overall in the Heart standings just behind the 15-3 Benedictine Ravens.

“I know that we’re all very dedicated and working toward going on to the next level,” senior Katie Hibbeler said. “We’re really excited for playoffs.”

Hooper currently leads the team with 10 goals for the season, recording 24 shots on goal for the regular season. Hooper was also named Heart Defensive Player of the Year for the second year in a row.

“I think our team spirit and that atmosphere that we all provide for one another is fantastic on and off the field,” Hibbeler said. “I think that every practice, every game, every moment moving forward,we’ve improved so much.”

The No. 2 seeded women’s soccer team will host Culver-Stockton at 7 p.m. Friday at home at Liston Stadium for the Heart tournament quarterfinals.

The Wildcats look to bring home a Heart conference championship in order to receive an automatic bid into the 2016 NAIA National Championship.

“Our biggest focus is what we can do to better ourselves and just doing our part to make sure that we’re the best that we can be,” Hibbeler said. “Either way, we’re going to fight to the death and clinch that spot.”