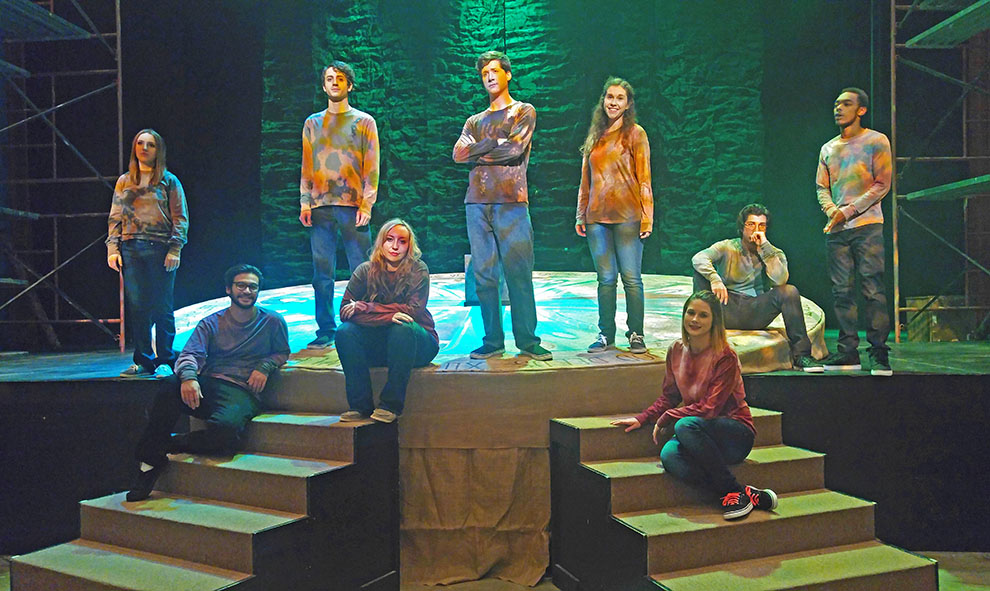 The second and last Baker University theatrical production of the fall semester is entitled “The Journey of Everyman.”

The play revolves around the character of Everyman, who represents all humans, as he reflects on his mortal life. “The Journey of Everyman” originates from a Christian morality play in the 16th century and was adapted to the modern stage in the early 20th century.

“Everyman gets one day to convince anyone to come with him and help him make his plea to get into heaven,” Instructor of Theatre Tom Heiman said. “Which of your friends or relations would you ask? One thing is for sure. After 500 years, the questions are still the same.”

Heiman acknowledges that this production may not be what people would expect.

“A hard rock soundtrack is not what you expect for a classic medieval morality play,” he said. “But that’s what we have for you with lots of other surprises.”

Baker University’s production of “The Journey of Everyman” will be performed at 7:30 p.m. on Nov. 10-12 and concludes with a matinee at 2 p.m. on Nov. 13. All theatrical productions are in Rice Auditorium, and admission is free.

The Baker University Orchestra will perform the Beethoven Egmont Overture, Faure Élegié for cello and orchestra and the Schubert Symphony No. 8, “Unfinished.” Music faculty member Ed Laut is the featured soloist in the Élegié, and Mark Pretzel, director of orchestral activities, will conduct the performance.

The Dixie Kats in May 2016 at the Symphonic Winds concert.

The 19th Annual High School Jazz Festival will take place from 8 a.m. to 6 p.m. on Nov. 18 in Rice Auditorium. The festival showcases local high school musicians. Both events are open to the public, and admission is free.

‘Convergence – The Art of Michael Elizondo’

Michael Elizondo is a teacher at the University of Central Oklahoma and his work is inspired by “the fascination of origin stories and sociological events that have shaped the place and culture that we as contemporary people live in today,” according to a Holt Russell Gallery newsletter.

Sophomore Mitchell Lierz studies one of the texts in the Quayle Bible Collection. Marilee Neutel

‘More than Matriarchs: Women of the Book of Genesis’

A new exhibit titled “More Than Matriarchs: Women in the Book of Genesis” is currently on display as a special exhibit of the Quayle Bible Collection in the Collins Library. The exhibit is open to the public from 1 to 4 p.m. on Saturdays and Sundays through July 30, 2017.