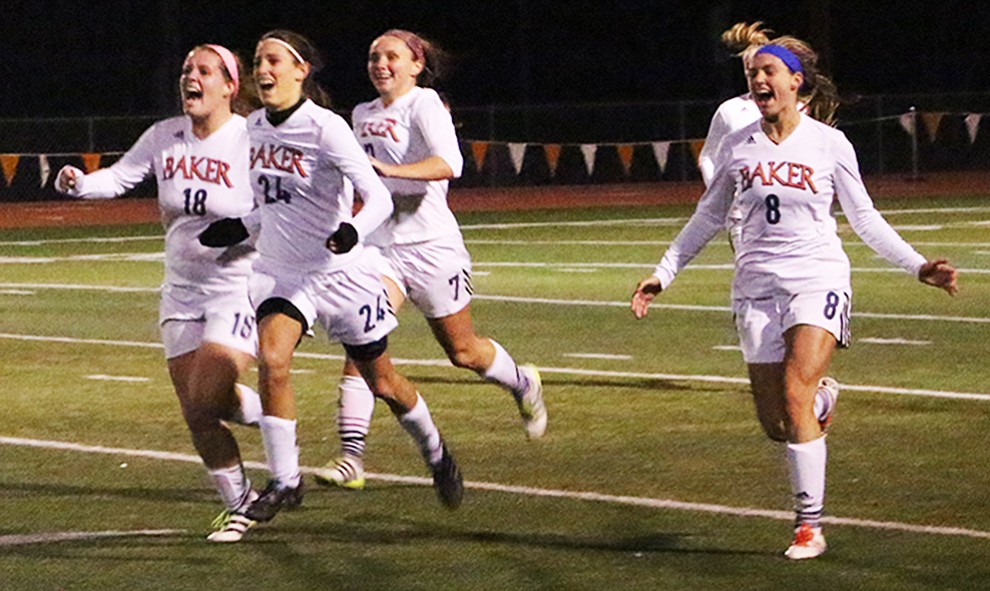 The No. 13 Baker women’s soccer team is headed back to Alabama after an overtime goal gave the Wildcats a 1-0 victory over Our Lady of the Lake in the opening round of the NAIA national tournament at Liston Stadium Saturday night.

Junior Kady Dieringer scored the lone goal in the second minute of overtime to punch Baker’s ticket to the national tournament final site located in Orange Beach, Alabama. Dieringer had four shots for the night, with three of those shots on goal.

The Wildcats’ aggressive play led to them outshooting the Saints 26 to eight. Key players in the game included Krista Hooper, Keely Atkin, and Katie Hibbeler, who had a combined total of 17 shots, 12 of which were on goal.

Baker goalkeeper Rachel Hunt recorded three saves of her own for the night.

The Wildcats controlled the ball well for the regular 90 minutes and continued their dominance in overtime. After a missed shot by Hibbeler, Dieringer was able to find the back of the net and propel the ‘Cats to a victory.

The Baker women’s soccer team extended its unbeaten streak to 13.