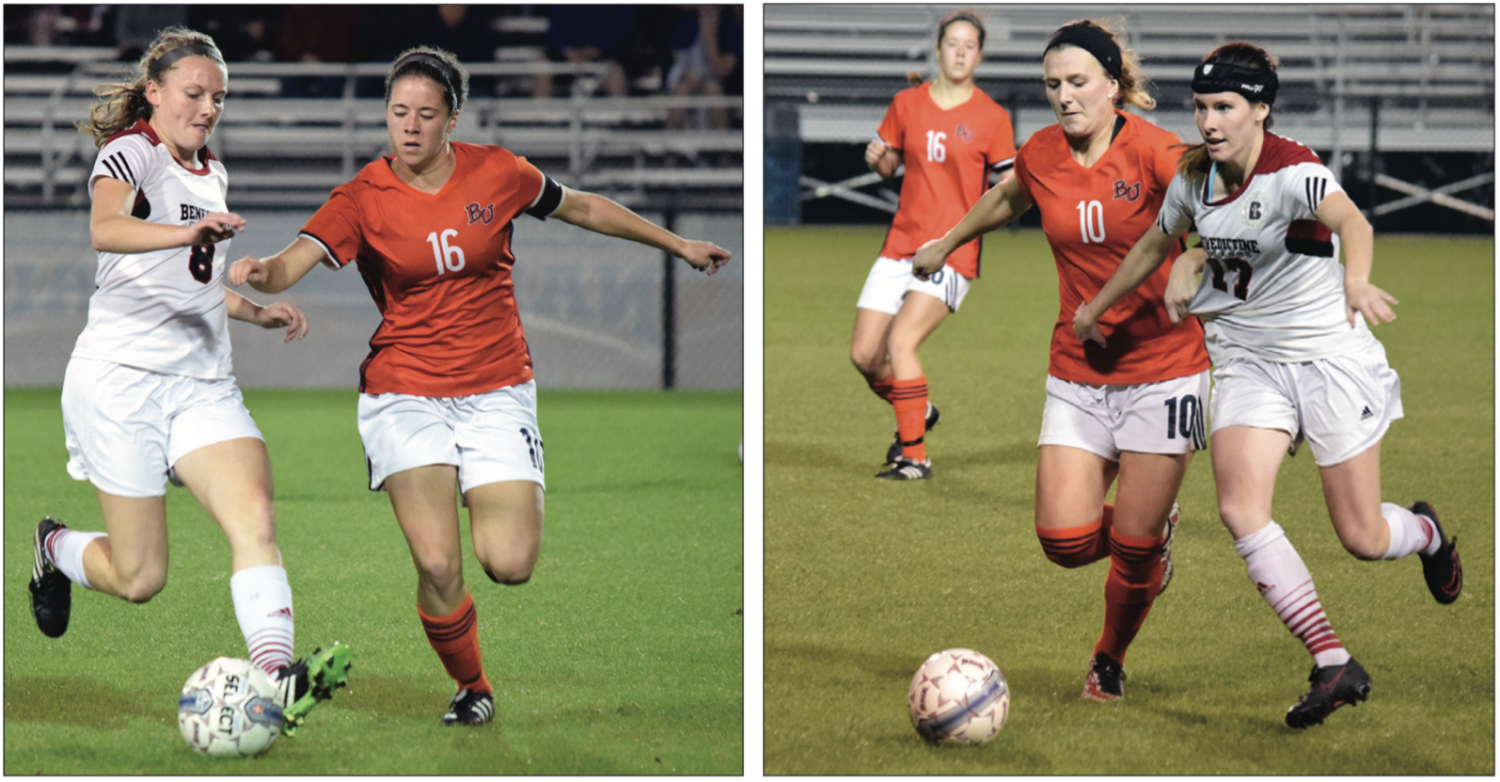 After rallying to beat William Carey 2-1 on Monday, the Wildcats did it again on Wednesday, scoring a late first-half goal followed by the game’s winner in the 73rd minute.

The 17-3-3 Wildcats will now face the No. 1 21-0-1 Spring Arbor Cougars in the NAIA National Championship semifinals at noon Friday. Spring Arbor beat Baker 3-0 last season in the round of 16 and went on to the win the national championship.

Baker is looking for its first ever appearance in the national title game.

After a 3-0 regular season loss to Benedictine in September, Baker was looking for redemption on Wednesday. A rain delay pushed the game back an hour and a half.

A goal by Liz Intfen in the 13th minute assisted by Madison Sanders gave the Ravens an early 1-0 lead.

In the first half Benedictine outshot Baker eight to five. Baker goalkeeper Rachel Hunt proved to be a defensive powerhouse in the first half, racking up five saves.

Baker fired back late in the first half with a touch off freshman Jenna Lattimer that found the back of the net in the 37th minute. Lattimer’s goal was assisted by Jessica Hillebert and Kady Dieringer. At the half Baker and Benedictine remained tied 1-1.

In the second half a goal by two-time Heart Defensive Player of the Year Krista Hooper, assisted by Katie Hibbeler, gave the Wildcats their lead in the 73rd minute.

The Wildcats then played strong defense for the final 17 minutes of the game and protected their one-goal advantage. Hunt and the Baker backline prevented any chance of a Benedictine equalizer, and the Wildcats stormed onto the field as they sealed the victory over their rival.&lt;br/&gt;

Baker outshot Benedictine five to four in the second half and the players in the senior class finally beat Benedictine.

Coming into Wednesday night’s match, Baker hadn’t scored against Benedictine since 2012. The Wildcats’ two goals on Wednesday were enough to lock up at least another two days at the final site.