Looking for balance between college athletics and academics 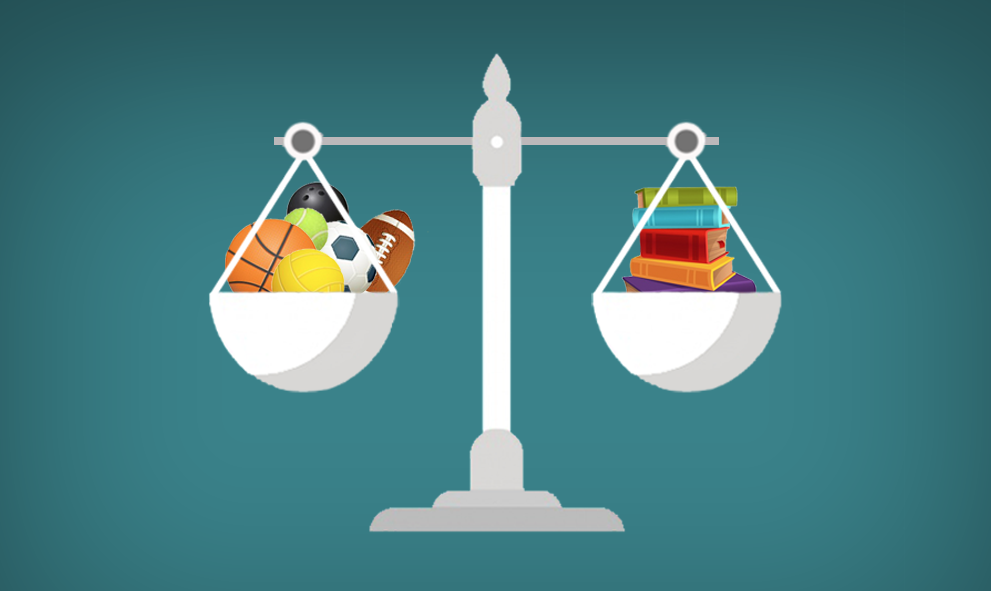 There appears to be more of a nationwide emphasis on college athletics than ever before. Universities that pride themselves on their athletic success, however, may indirectly be undervaluing academics at the same time. After all, students are scholars before they are athletes.

Never having been a high school or college athlete, my outlook may be slightly skewed, but I stand strongly behind the idea that college athletics have traditionally outshined the “inside-the-classroom” strength that many universities have worked toward developing. For me, it can be largely seen through the perks that athletes get from the start.

When I was in high school, I applied to Baker and other small private universities knowing that the cost would be an undertaking. Sure, I showed a strength in my academic studies, but the $11,000 honors scholarship that I received from Baker still left me with nearly a third of the cost to cover. Knowing that the remaining cost would not come from my athletic ability, or lack thereof, I had to look elsewhere to afford the education that I sought.

These recent changes in scholarship awards may influence the outlook on the future focus of Baker recruitment. As student population grows, a new emphasis must be placed on the excellent liberal arts education that Baker is able to provide. Ultimately, this must be done through a well-developed academic scholarship plan that fully recognizes students for their academic successes.

I’m not concluding that athletes should necessarily be given less financial assistance, but I believe that an understanding must be established across the board. Baker displays athletic prowess within the NAIA, but more importantly, it fosters community; it develops leaders; it builds scholars.

If we want to continue being known as one of the best universities in the Midwest, it is imperative that we find the right balance between athletics and academics. Athletics will always be an essential part of the college experience, no doubt about it. But this cannot take away from the importance of walking away from the university with a well-rounded education and a list of lifelong skills and abilities. Baker must continue to foster the importance of an education within today’s experience-based world. And though it may take some work, the result will be enriching and sustainable.