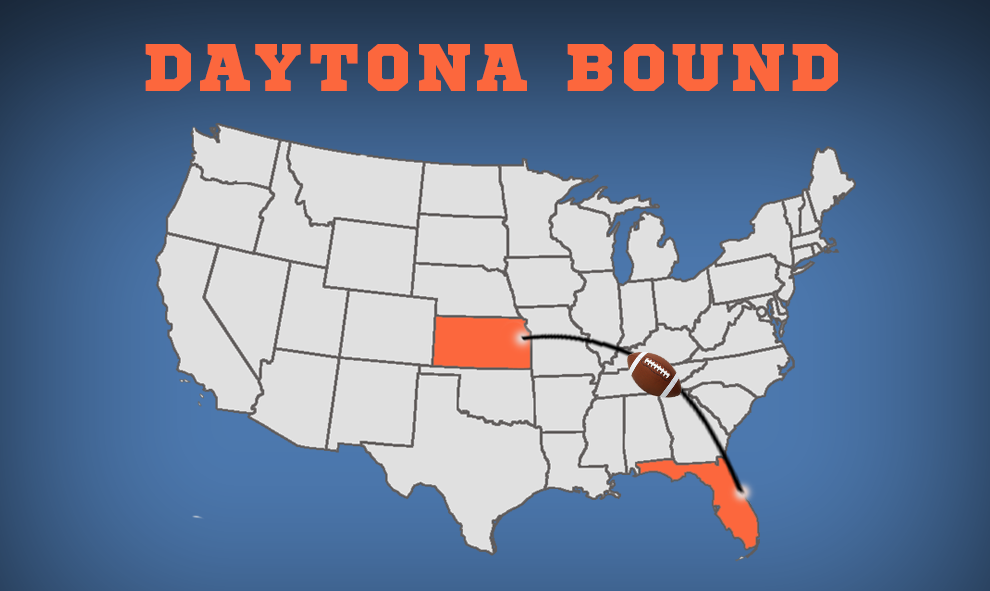 With finals, a national championship football game and graduation all in one week’s time, Baker faculty, students, athletes and fans are adjusting their schedules.

Although the NAIA-FCS National Championship game is not until Saturday, the whole week is full of celebrations and events for the Wildcats, the Saint Francis Cougars and all fans.

Because the festivities begin on Wednesday, the team will fly down to Daytona Beach, Florida, on Tuesday. In addition, the band and spirit squad will leave in buses on Thursday.

Baker faculty members have been working for the past week to make sure everyone’s schedules can be accommodated as well as possible because many students are leaving during finals week.

It has been a stressful process for some players, such as quarterback Logan Brettell, to make sure they are prepared and focused for Daytona in addition to finishing classwork for the semester.

“It certainly takes a lot of self-discipline to eliminate all the extra distractions that come along with the hype,” Brettell said. “I’ve just tried to focus on getting all of my finals and projects done first so I can focus on football.”

Brettell said he worked with his professors right after the win over Eastern Oregon to make sure he could take all his final exams in advance to avoid that stress while traveling.

“I took about four finals last week and one (Monday) morning on top of two research essays that were due (Monday), two projects and one semester-long presentation,” Brettell said. “It has been extremely stressful to say the least.”

While some have planned to take their final exams in advance, some will be taking exams while in Florida. Interim Dean of the College of Arts and Sciences Martha Harris is traveling along with the football team and will be available to proctor exams for anyone who needs them.

Senior Jenna Warmund is all set to graduate on Sunday, but she will be arriving back in Baldwin City just hours before the commencement ceremony because she wanted to be able to attend the championship game.

“The moment they won that last game, I called my parents and told them I had to figure out a way to go,” Warmund said.

Warmund and some of her friends are driving down to Florida to attend one last Baker football game as students. She plans on catching an early flight back on Sunday to walk across the stage and receive her diploma.

“This is one of those once-in-a-lifetime things for all the boys playing, the coaches, the students, everyone who is connected to Baker,” Warmund said. “These boys are making history, and I’m just glad I get to cheer them on and be part of it.”

Unlike Warmund, some graduating seniors will not be able to make it back in time for the Sunday ceremony. Baker administrators have offered for those graduates to walk in the May commencement ceremony if they desire.

For those students and fans who are unable to travel and attend Saturday’s game, there are many other options. The game will be broadcast online on ESPN3 and the ESPN Watch App.