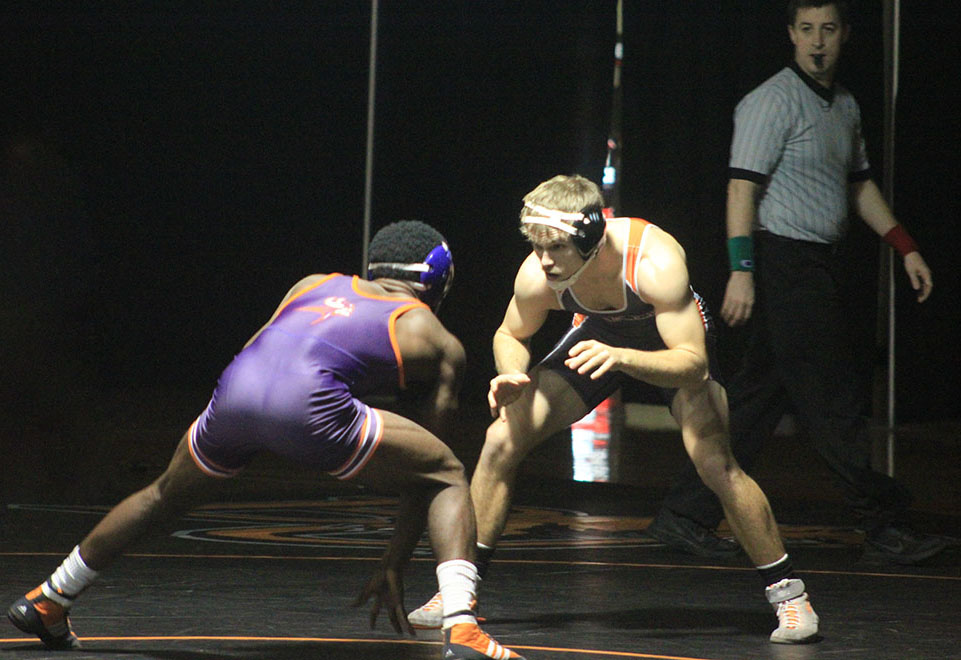 The Baker wrestling team was able to take a 22-18 home victory against the No. 8 Missouri Valley Vikings on Jan. 16 inside the Collins Center.

The Wildcats won six out of the 10 matches of the evening. The Wildcats were able to hold on to the victory even after having to forfeit a match in the final weight class.

Sophomore David Dow gave Baker the largest margin win of the night, defeating Missouri Valley’s Alex Destra in the 197-pound weight class in an 11-3 decision, while sophomore Zane Baugh won with a fall in 1:25 in the 125-pound weight class.

Four other Wildcats won in the entire length of their matches to help Baker to a victory. At 149 pounds defending national champion Victor Hughes won 1-0 over Kenney Boyd. At 157 pounds Jon Blackwell won 5-2 over Seth Johnson, at 174 pounds Nick Moore won 9-4 over Dalton Tipton, and at 184 pounds Jacob Smith won 16-9 over Nick Whitehead.

Baker will have a short turnaround before traveling to Marshall, Missouri, for the Missouri Valley Invite on Jan. 20-21.