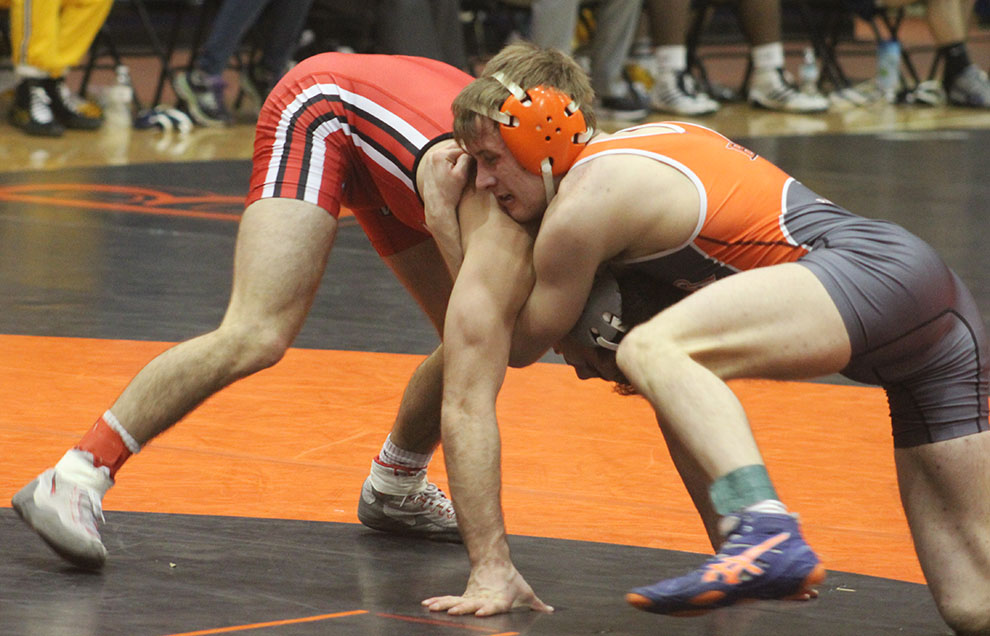 The Baker wrestling team went 2-1 as the host of the 2017 Heart Championship inside the Collins Center on Saturday, Jan. 28. The Grand View Vikings captured first place as they went 3-0 in dual matches.

Baker first faced William Penn, defeating the Statesmen 39-12. The Wildcats won seven of their 10 matches against William Penn. At 165 pounds, Joshua Thomas won against Jeremy Walkters in a close 19-18 decision.

The Wildcats then lost to No. 1 ranked Grand View, 43-6. Zane Baugh and Blackwell were the only Wildcats to win against the Vikings.

The Wildcats will wrestle at Ottawa University at 7 p.m. on Feb. 7.