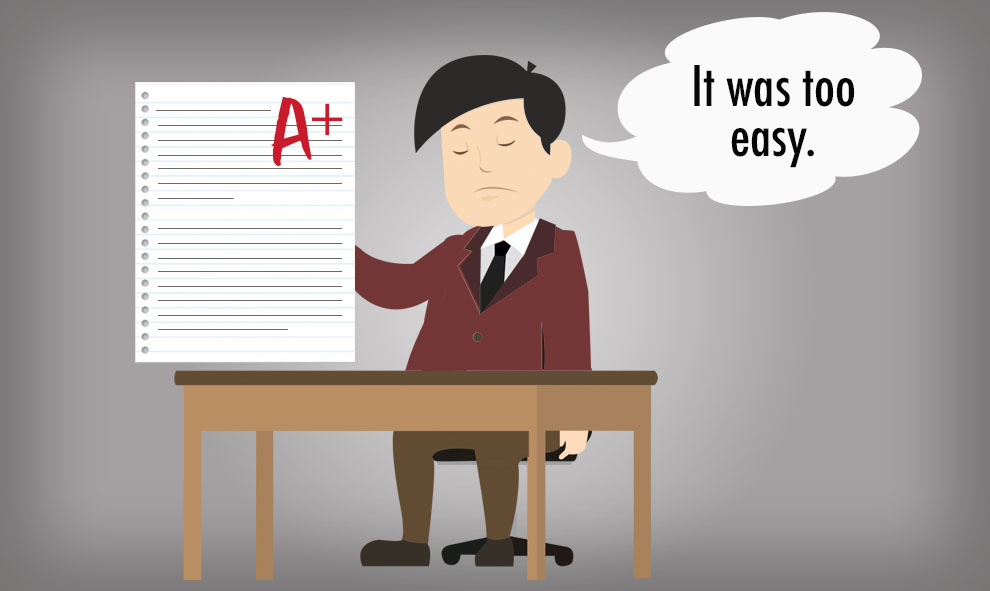 When enrollment time comes each semester, students look at the list of available classes and ponder the different paths they may take. They start with the ones they need in order to graduate and then often supplement them with a few easy A’s that will balance out their grade-point average for the semester.

These easy A’s have, however, enhanced what is known as grade inflation. Whether it be because of the professor or because of the ease of content, easy courses have allowed students to get ahead where it matters most, in their GPAs.

Grade inflation can be defined as a steady rise of course grades, allowing for a majority of students to receive A’s or B’s. Traditionally, the bell curve had been established as an appropriate tool for grade allotment, whereby some students receive A’s, B’s, D’s, and F’s, but a majority find themselves in the middle of the curve at a C.

Recent studies, however, have shown that “grade point averages at American colleges have risen dramatically in recent decades, from a 2.5 (just above a C+) in 1960 to 3.1 (better than a B) in 2006.” Students have come to expect the higher GPA without having to work harder for it. They see the importance of a high GPA and will do anything to mark it down on their resumes, even if that includes enrolling in low-level courses.

What gets truly tricky about grade inflation, however, is a development of differences between students. No, students’ lives should not be dictated wholly by a single number on a four-point scale, but GPAs have been established throughout time for a reason, to demonstrate a sense of academic success.

Yet attaining the same – or even higher – GPA than a high-achieving student doesn’t make you more successful in life. Employers and even post-graduate programs today are looking for well-rounded students who applied themselves throughout their undergraduate years. They want the most successful students, not only in the classroom but outside of it, too.

One of the hardest yet most beneficial lessons I received in college was learning to accept a B in a course after giving it my all. Now, to add a little irony to the situation, this course wasn’t taught in the United States – further emphasizing grade inflation’s domestic setting.

Let’s face it, achieving a bachelor’s degree is a set standard today. If you truly want to set yourself apart, it’s not done solely through your high GPA. It’s through an abundance of knowledge about your coursework as well as street smarts that will allow you to succeed in life and as a coworker.

Today’s grade inflation problem day is not exclusively in the hands of students, however. Professors are partly at fault as well. They have to be stern in handing out grades, yet they want and need students to continue enrolling in their courses. They want to keep a good rapport with students while recognizing that some students are not going to do as well as others and will consequently receive subpar scores.

Of course, there is a desire for students to do well in all of their endeavors, an idea that makes professors’ jobs a little bit more complicated. Professors want to receive good reviews in order to keep their jobs, yet they want to push students into zones of academic discomfort in order to get the most out of them.

Finding the balance from both students’ and professors’ perspectives is difficult yet vital for academia. There must be a continued drive for courses that make students yearn for knowledge, even at the expense of their GPA, which has become their most prized academic possession.