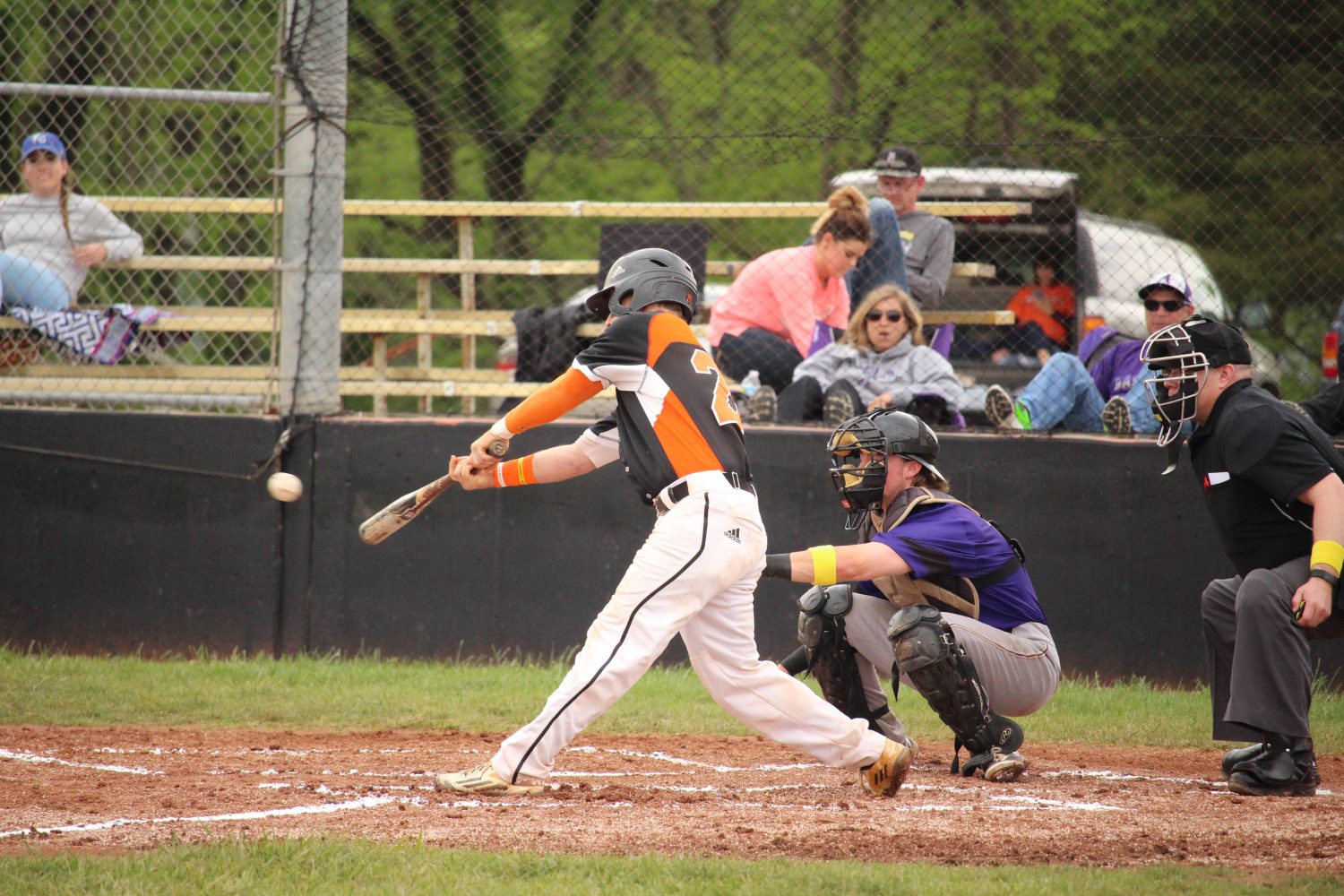 The Baker University baseball team ended its season 16-39 overall and 9-23 in the Heart of America Athletic Conference after falling to Avila University in the final series of the season, 1-3.

During the final series, the Wildcats hosted Avila for their senior day, where they recognized nine seniors and held the Strike Out Sarcoma game.

The Wildcats and the Avila Eagles joined in to raise money for Cancer Charity4Life. Money was raised by fans donating, purchasing wristbands or bidding on auction items.

Senior Justin Madsen recalled his favorite part of his career.

“It wasn’t the game itself, it was the relationships I built with teammates and coaches over my four years at Baker,” Madsen said.

Team leaders this season for Baker include senior pitcher Lake Johnson, who had 47 strikeouts this season, followed by senior Madsen who had 40.

Sophomore Max Taulbee finished the season with a .335 batting average, leading the Wildcats. Taulbee had 56 hits, and he also led the ‘Cats in stolen bases with 31.

Although the team didn’t finish with the results they wanted, they still found some positives to take away from the season.

“I think individually we felt if we lost direction toward our common goal, we were letting a teammate down,” Madsen said. “We all shared a common goal and belief in each other.”

Madsen was also proud of the way the team remained positive this season.

“Our lack of success did not come from an absence of effort or passion,” Madsen said. “No matter the negatives from the season, our team always remained positive and supportive of each other.”