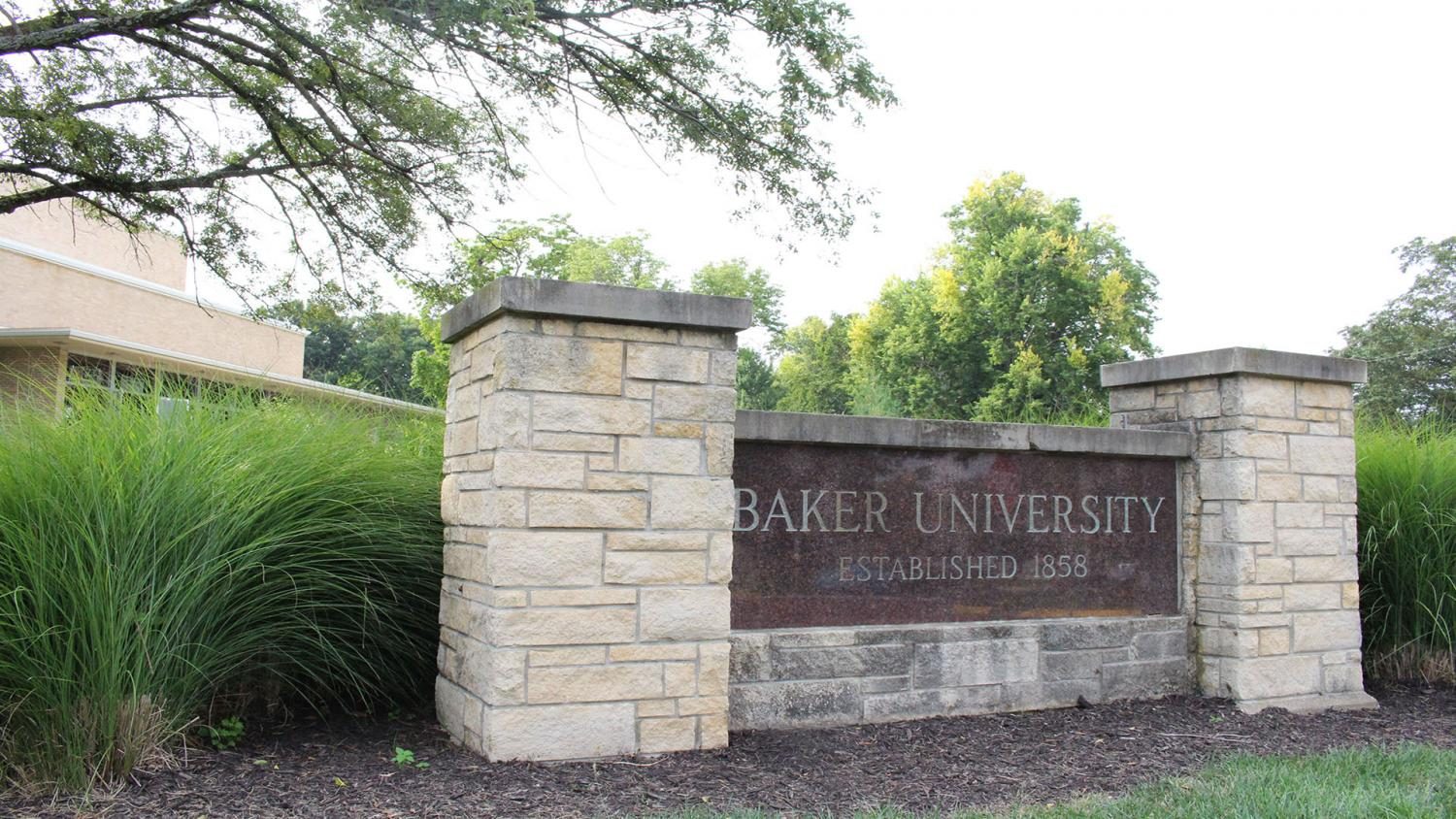 One of the signs welcoming people to Baker University.

Ever felt like walking through Baldwin City was like walking in the past, each building bringing its own unique charm? That feeling is not without reason as Baldwin City is home to several historic buildings that have changed over the years.

The downtown Baldwin City area did not always look as picturesque as it does today.

“The downtown area has changed pretty dramatically since I was kid just through the store fronts. The grass lot over by the dance studio used to have a launder mat,” John Richards, chair department of history, culture and society, said.

In fact, many buildings in the downtown area have strayed from their original use.

“I doubt there is one building in this whole downtown area that has kept its original store. In fact, the only thing I can think of as being original is the brick streets and they are probably 100 years old,” City Administrator Glenn Rodden said.

Despite the buildings changing throughout the years, the city encourages owners to restore their buildings to the way they looked before.

“We have a façade grant that helps buildings be restored to what they looked like,” Laura Hartman, city clerk, said.

The highway has perpetuated the most change in the Baldwin City area, though, bringing more retail outlets closer to residents, and the town has had to accommodate for them.

“When I first moved here there were a lot more retail and department stores,” said Baldwin City Mayor Marilyn Pearse.

Though Baldwin City’s downtown area has changed drastically, it is only doing what small towns tend to do.

“Small towns like ours tend to see a lot of change in the downtown area,” said Rodden.

Parmenter Hall is most famously known as the building that President Lincoln contributed money to build and remains one of the oldest buildings in Baldwin City.

“It has been remolded a few times, but really it’s iconic not only for Baker, but for all of Baldwin City,” Pearse said.

Case Hall and the Old Castle Museum join Parmenter Hall on the Nation Register of Historic Places (NRHP). This means the buildings cannot be drastically changed.

The Old Castle Museum was the first building constructed for Baker’s campus and is the oldest college building in Kansas. Another building on campus, Pulliam Hall, changed from being a Methodist church to now being the Mass Media’s department building, and across campus, is Mabee Hall, which lost its fourth floor during a fire.

“When my father was a freshman, there was a fire, and before when you look at pictures of Mabee it used to be taller and the towers were taller too,” said Richards.

The buildings of Baldwin City have changed through the years, but they still carry the stories of the past with them.