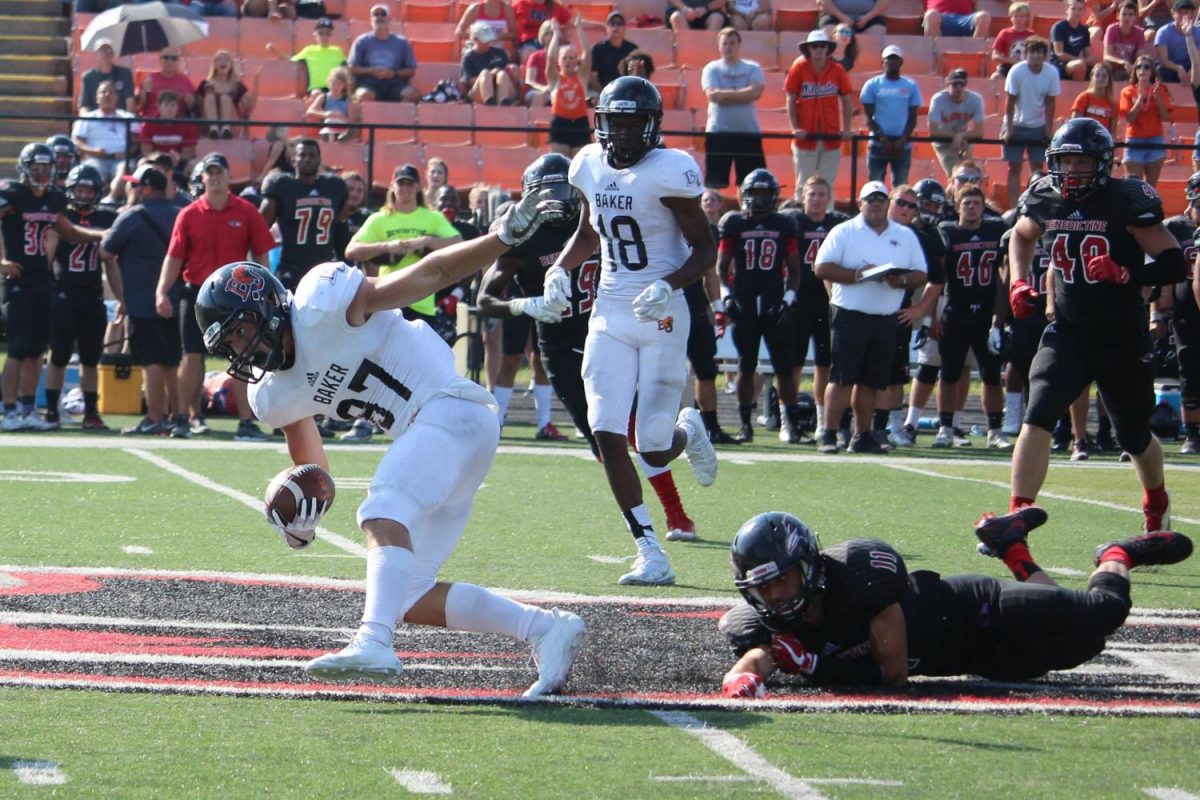 It came down to the fourth quarter for the No. 2 ranked Baker Wildcats in a 44-37 victory over Benedictine on Saturday for the NAIA Game of the Week.

After the Ravens were the first to score on a safety, Baker lead Benedictine until there were six minutes left in the fourth quarter. The Ravens tied the game 37-37, but with a clutch pass from senior Logan Brettell to sophomore Tywonn Moss with one minute left to play, Baker took the lead and defeated Benedictine to take home the fifth win of the season.

The Ravens ended the first quarter with a 26-yard run from Marquis Stewart, cutting Baker’s lead to 13-9.

With 43 seconds left, Benedictine’s Carl Hecht caught a 5-yard pass from Shaefer Schuetz giving Benedictine its only touchdown of the quarter, putting the score at 34-16 at the half.

Benedictine began to chip away at Baker’s lead in the third quarter with two touchdowns, but Baker still maintained the lead going into the fourth quarter, 34-29.

Baker extended the lead early in the fourth quarter with a 34-yard field goal from senior Abram Garcia. With 5:50 left in the game, Benedictine’s Marquis Stewart scored on a 7-yard pass from Schuetz, tying the game after a two-point conversion.

Baker was able to pull off its closest game yet, keeping the season perfect at 5-0.

Baker will now face Peru State at 1 p.m. on Sept. 30 at Liston Stadium.