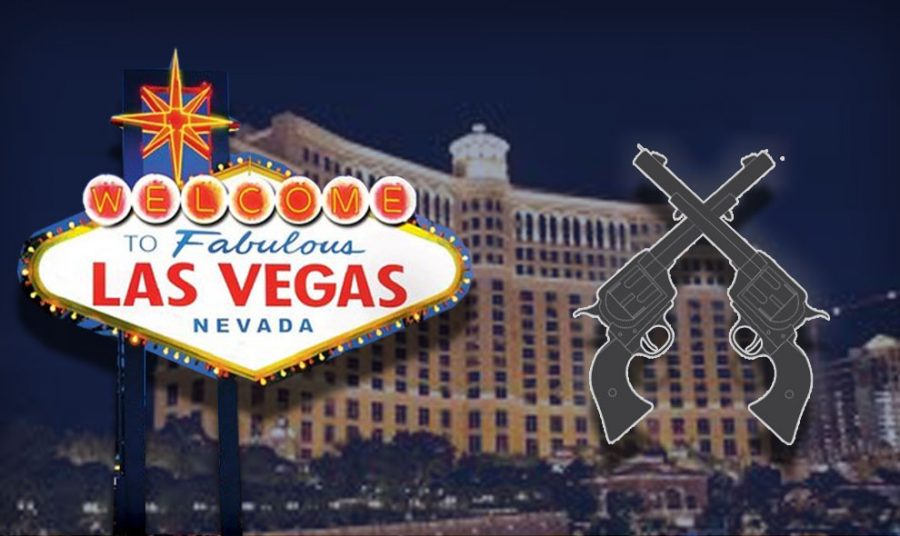 Story by Baker Orange Editorial Board

The shooting in Las Vegas at the beginning of the month has raised questions within the media community and changed the way this shooter and his motives are perceived.

What we have heard in the news about the shooter is that Stephen Paddock, “the lone wolf,” was a man who made his money in real estate deals and a business that he started and sold with his brother, Eric Paddock. His family estimated his worth at more than $2 million, so Paddock took to gambling to occupy his time and quickly became a top player.

Paddock would spend months at a time at casino hotels, which gave him the opportunity to move the 23 firearms that police discovered in his room. After searching his home in Mesquite, Nevada, police would discover 19 more guns.

Paddock’s brother told the Washington Post that Paddock is “just a guy who played video poker and took cruises and ate burritos at Taco Bell,” and had no religious or political affiliations that his family knew about.

If Paddock was of a different ethnic background would the media have labeled him as a terrorist and gone this far into his personal life?

When people first heard about the shooting, many asked if it was a terrorist attack, but once it was discovered that Paddock acted alone and was a white male, he was labeled as the “lone wolf.” The media went deep into his personal life discovering as many details as possible and leaving no stone unturned.

In recent history, in instances of terror and mass casualties the media has released very little about the personal lives of the shooters or terrorists. Releasing this information and conducting this level of research almost seems like an effort to show the human side of Paddock, rather than painting him as a monster. It seems like the story is beginning to focus on his past and the man behind the gun, rather than the act he committed.

The way the media is portraying Paddock is emphasizing the double standards and white privilege that exists in our country. An African American man who never pulls a gun is labeled as a thug and a crook, but all the media seems to talk about with Paddock are his real estate dealings and that he slept until noon. Americans internalize that language used in the news regarding different cultures, religions or ethnic groups, ultimately oppressing minority groups.

This type of coverage only furthers the opinions and stereotypes people in this country have about people like Paddock.

When the United States suffers an attack from a foreign terrorist group, a Muslim or anyone else that is different from the image of the majority of Americans, a common enemy is created. For example, after 9/11 Islamic people were targeted as evil or terrorists.

As a nationalist country there is not a group for the country to hate upon collectively after this Vegas shooting. There will be mourning over the loss of the 59 people killed and help sent to those injured, but there will not be rah-rah speech about a war on terror.

Lately, it seems as if America has been in a downward spiral to nowhere. Every day when we check our social media sites, our newsfeeds are filled with bad news. It feels like the love and unity that America stands for has been stolen by hatred.

The shooting in Las Vegas is not an isolated incident because the entire country is impacted. Although we encourage everyone to continue cherishing the good moments in life, like concerts and festivals, it’s also important to acknowledge the presence of terrorism, racism and privilege in our society.