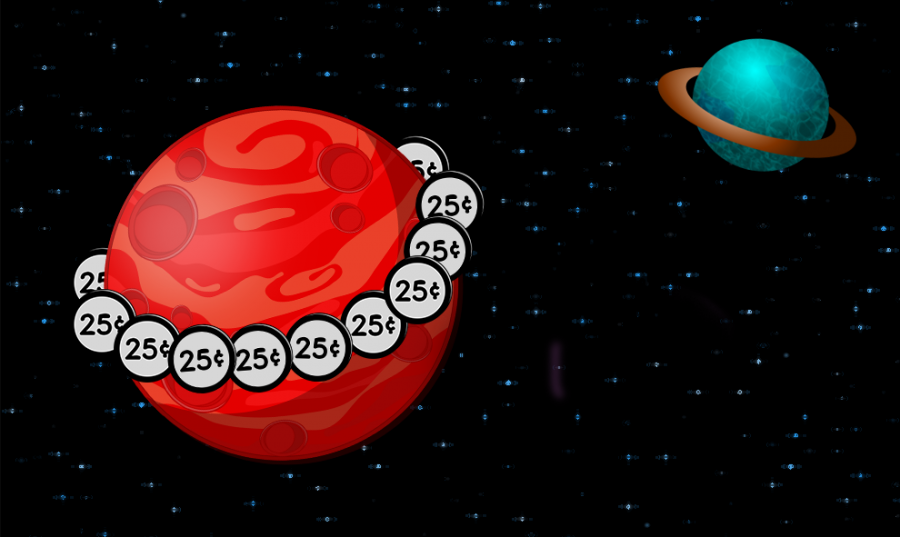 Space. The final frontier. These words, said at the beginning of every episode of Star Trek, served as a philosophy for the National Aeronautics and Space Administration (NASA) in the ’60s and ’70s. However, in recent years NASA’s budget has been steadily decreasing, something that desperately needs to be changed. If NASA’s budget is increased to fund space exploration, the nation will rally behind a national goal and we will advance science and the economy.

For the 2018 fiscal year, NASA’s total budget is $19.1 billion, which represents only 0.5 percent of the entire $3.4 trillion national budget. This is but a small fraction of what the U.S. government could be spending on NASA, which could help boost the nation’s economy.

In 2005, the so-called “space economy” generated an estimated $180 billion in economic activity, with 60 percent of that revenue coming from goods and services from investments in space exploration. Because of the new technology developed for each space mission, NASA is uniquely suited to drive technological innovations, thus increasing investments in the technology sector of the economy.

In addition, companies who invested in NASA’s research and development in 2002 received a $1.5 billion return on their investments. These investments not only help out the companies thus increasing economic activity, but they also allow NASA to explore space and increase our understanding of the universe.

However, the lack of money allocated to NASA’s budget has lowered the advantages we have been receiving. If we increase the budget, we will increase economic stimulus and in these uncertain post-recession times, we need a strong direction to focus technological investments.

Moreover, NASA and the space missions it handles can help heal the nation and inspire a new generation of scientists and engineers.

Take the ’60s for example. The nation was divided under the shadow of national tragedy, weak leadership and racial issues. The space race against the Soviet Union helped instill national pride in the American people and made many proud to call this nation home.

In 2017, we are faced with many of the same issues. Americans are divided by party lines, race and who we supported in the 2016 election. If we had a space mission, just like landing a man on the moon, we could rally behind our innovation and inspire the world to follow suit in pursuing the mysteries of space.

Space. The more we invest the more economical advantages we will reap. It also inspires the best of humanity and allows us all to rally behind a national goal and believe in the American dream.